On this day in Pro Wrestling history on July 9, 2000, WCW Bash at the Beach 2000 took place and it is known for the “WCW Screwjob”. This PPV would turn out to be Hulk Hogan’s final WCW appearance. Hulk Hogan was scheduled to face Jeff Jarrett for the WCW World Heavyweight Championship but got screwed by Vince Russo. The PPV got 100,000 buys while the 1998 edition of this PPV got 580,000 buys. Booker T won his 1st World Title at this event.

Vince Russo wanted to push younger talent instead of veterans and wanted Hogan to lose to Jarrett in the main event. Hogan knew it was not a wise decision to lose to Jarrett and used his creative control (and rightfully so) to make him go over Jarrett. But Russo screwed him as Jarrett went to the ring and layed down so that the Hulkster can pin him. Hogan grabbed a microphone and said “this is the reason this company is in the damn shape it’s in, because of bullsh*t like this.” Hogan then pinned Jarrett and Jarrett immediately left the ring. Russo later came out and said the following (credit to CageMatch for the transcript):

And let me tell you who doesn’t give a sh*t about this company, that Godd*mn politician Hulk Hogan. Cause let me tell you people what happened out here in this ring tonight. All day long I’m playing politics with Hulk Hogan, because Hulk Hogan tonight wants to play his creative control card. And to Hulk Hogan, that meant that tonight in the middle of this ring, when he knew it was bullsh*t, he beats Jeff Jarrett.

Well guess what, Hogan got his wish, Hogan got his belt and he went the hell home, and I promise everybody or else I’ll go in the Godd*mn grave, you will never see that piece of sh*t again! But I also, I sat out there in the people just like you, and I know you paid good money to come here tonight, and nobody is gonna be ripped off here tonight.

So Hulk Hogan now has the WCW belt, and Hulk, let’s refer to that as the Hulk Hogan Memorial Belt, because from here on in, that belt don’t mean sh*t! Because there will be a new WCW belt, and as far as I’m concerned, that belt still belongs to the one guy that busts his a$$ week in and week out in the middle of this ring. And you people can love him and hate him, but he doesn’t screw anybody back there and that’s Jeff Jarrett.

Now hold on a minute, Jeff Jarrett is still the official WCW champion, but he will defend that title in this ring tonight. And he will defend that title against the son of a b*tch back there who for fourteen years has been bustin’ his a$$ in WCW and can’t get a Godd*mn break because of the Hulk Hogans! And I’m talking about Booker T! Booker T and Jeff Jarrett are the two reasons why I’m in this damn stinkin’ business to begin with! So tonight in this ring, for the WCW title, two deserving guys, Jarrett and Booker will compete for the WCW…and tear this godd*mn house down! And Hogan you big bald son of a b*tch, kiss my a$$!”

Hulk Hogan filed a defamation lawsuit claiming that the promo damaged his wrestling career. Below are the results from the PPV:

– Vampiro def. The Demon in a Graveyard match

The ‘WCW Screwjob’ took place 18 years ago today at Bash At The Beach.

You can watch a video below:

This could be a possible indication that Nikki could be on her way to getting called up to the WWE main roster on SmackDown Live.

Nikki was a part of SAnitY in NXT, but Eric Young, Alexander Wolfe and Killian Dain of SAnitY were called up to SmackDown Live without her.

Below are a couple of photos of Becky & Nikki together backstage prior to tonight’s Live Event: 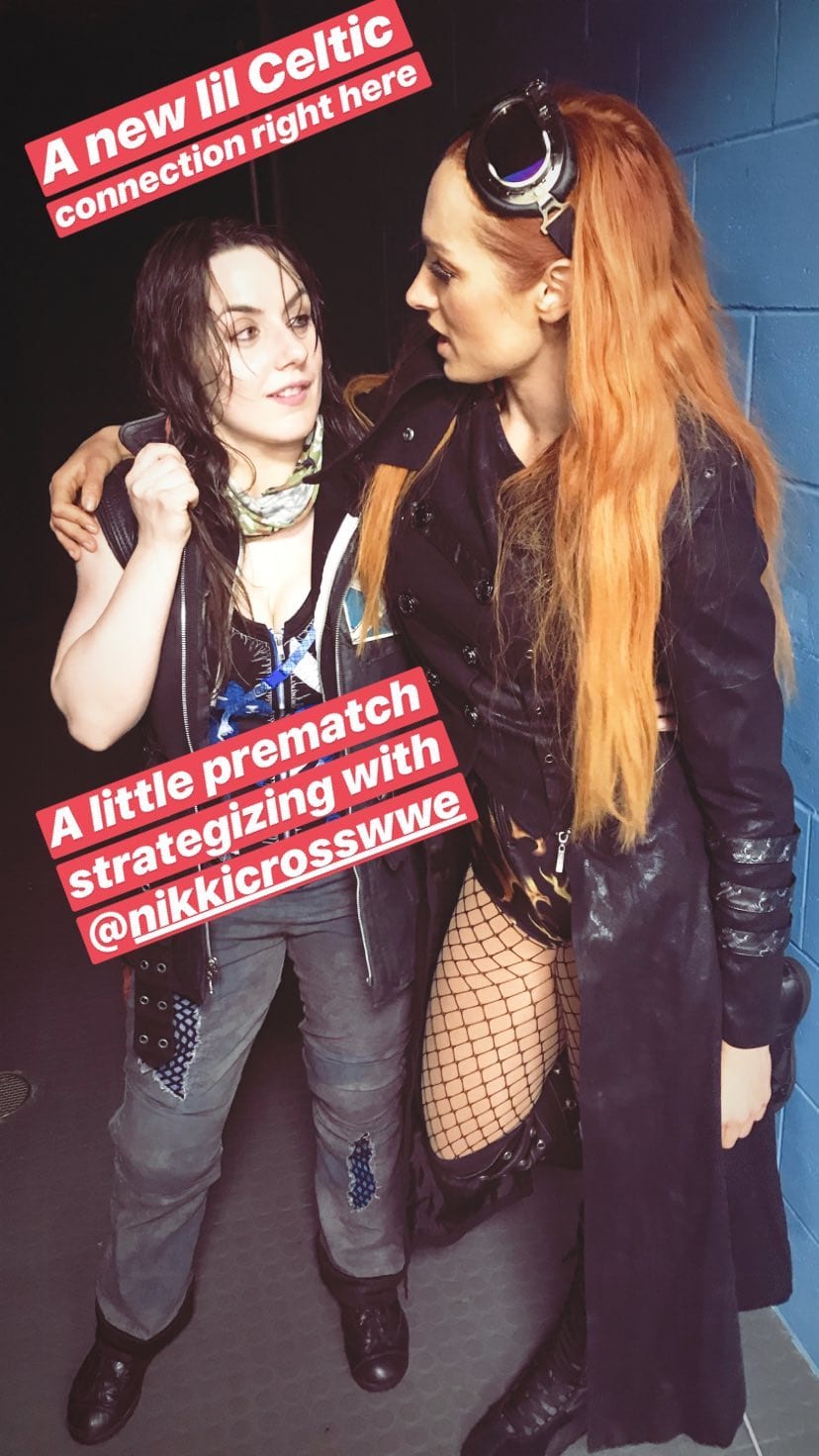 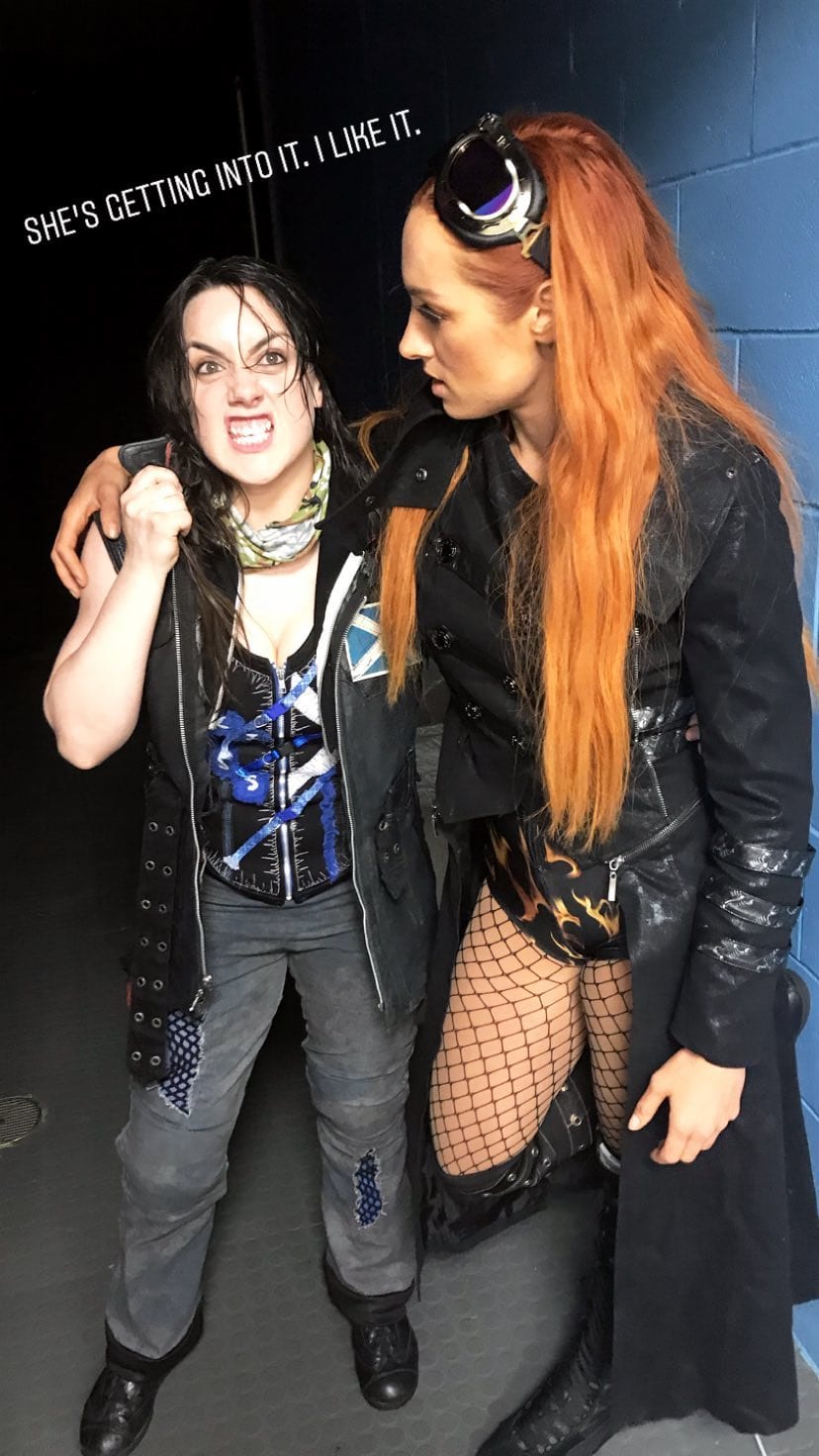