During a recent edition of “The Taz Show” podcast, ECW Legend Taz talked about SmackDown Live Superstar Shinsuke Nakamura’s booking. Below is what Taz said:

“I don’t think Nakamura is handled the right way. Nakamura is special, Asuka is special and Asuka is handled the right way. Maybe too much with Asuka to be honest. I’m not shocked. I think the language barrier is a problem for Vince in my opinion. I didn’t hear that no where. I’m going by my opinion and from my experience working for just about a decade for Vince McMahon and working closely with the man. I had a feeling this might happen with Nakamura and it is and it’s a shame. It could be his physique a little bit, but it’s definitely the language barrier.

I’m not knocking the guy’s physique, but it’s a cosmetic business in Vince McMahon’s business for sure. Not that he wants every guy to look like a pro bodybuilder, that was years ago, but I think that could affect him a little bit. I mean that strong style when he does, it’s legit, but I don’t know how much Vince buys it because Vince has to buy in. He got pushed when he came in and his entrance and everybody’s singing, but think of the end of the day here. Like if you look at Nakamura, he’s stuck in a tag team match for this Sunday with Randy Orton. That’s not knock on Randy. That’s cool. But he shouldn’t be. Nakamura should be spotlighted as an individual in a 1 on 1 match against someone and he should kick that someone’s head off and win. He should be built and protected better than this.

I don’t see the connection with him and Randy. I don’t think they should have that. Randy’s obviously a Superstar in his own right. Let Randy do his own thing and let Nakamura do his own thing. I’m just not a fan of it.”

Cody debuted a new look at this PPV and you can check it out below: 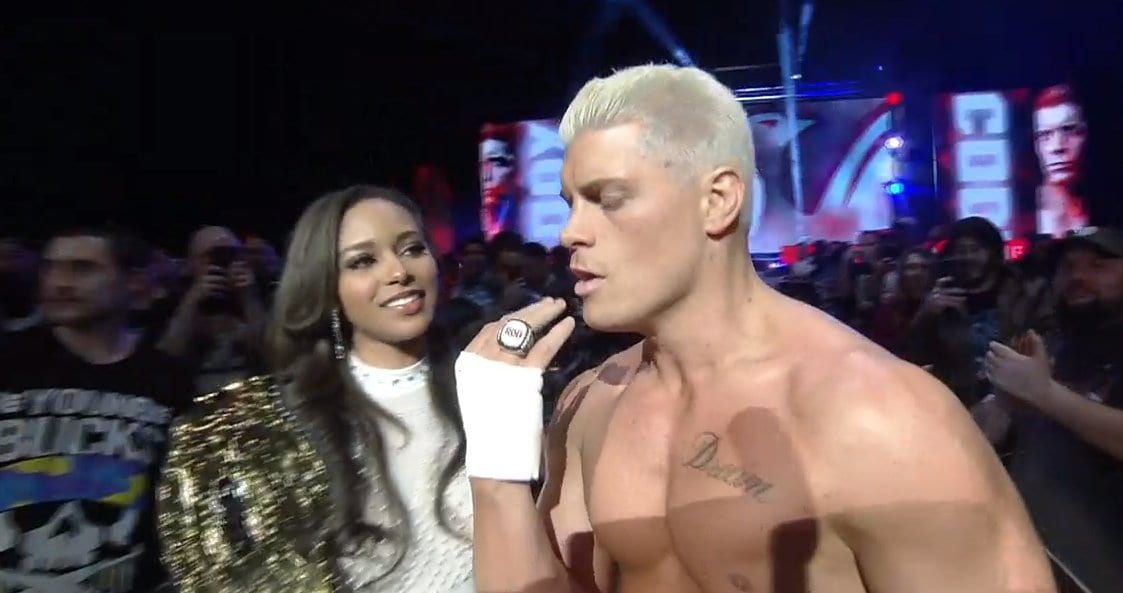