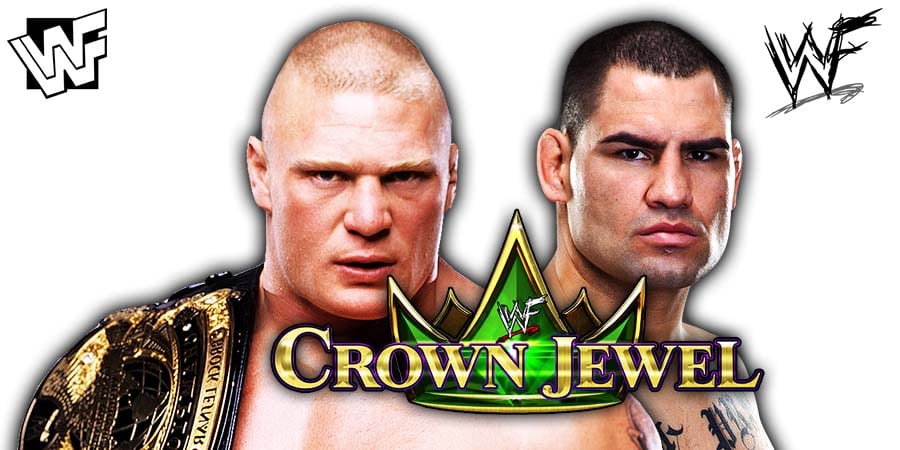 High Energy vs. The Beverly Brothers

Cain’s debut match in WWE will be for the WWE Championship, as he’ll face Brock Lesnar in a highly anticipated rematch on October 31st.

According to Slice Wrestling, Cain has signed a 7-figure multi-year contract with WWE and his match against Lesnar in Saudi Arabia is expected to lead to a rematch next year.

Current plan is for Lesnar to retain the WWE Championship at Crown Jewel 2019 and then a rematch taking place between the two former UFC Heavyweight Champions again at WrestleMania 36 in 2020.

WWE is hoping to have MMA/UFC fans check out their product because of former UFC rivals, Lesnar & Velasquez, competing in the squared circle and hopefully turn those MMA/UFC fans into WWE fans as well.