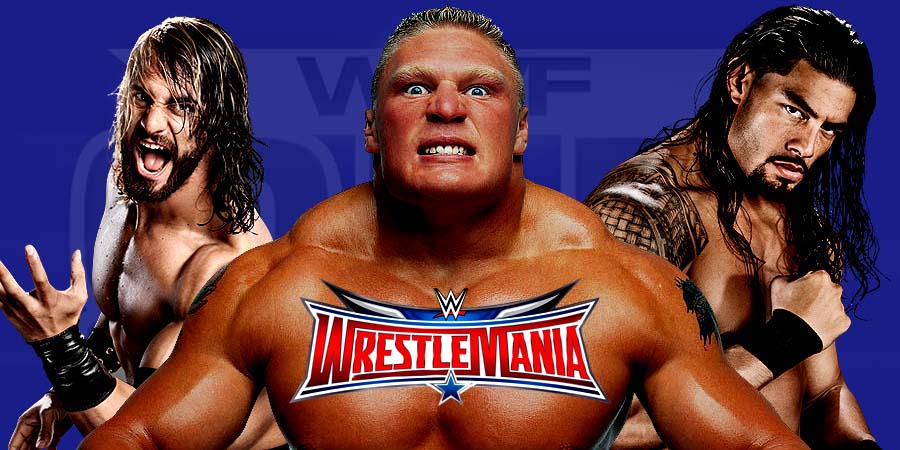 10. Huge Triple Threat WWE World Title match planned for WrestleMania 32?
As we noted before, 4 names were shortlisted as possible opponents for Brock Lesnar at WrestleMania 32: Roman Reigns, Seth Rollins, The Rock and “Stone Cold” Steve Austin. Steve Austin immediately denied the rumors of him being booked in a match with Lesnar at next year’s “Show of Shows” after these rumors went viral.

Brock Lesnar faced Roman Reigns in the main event of WrestleMania 31 in one of the most hard-hitting matches of 2015. The idea behind doing the rematch might be that there wasn’t a clean finish as Rollins cashed in and won the title. If Lesnar faces Rollins, it would likely be for the WWE World Heavyweight Championship and this depends on whether Rollins can hang on to it till WrestleMania 32. Lesnar was scheduled to face The Rock at WrestleMania 30 last year but the idea was dropped when Rock got injured during his match with John Cena at WrestleMania 29.

Here’s the twist: Dave Meltzer of the Wrestling Observer is now reporting that WWE might be planning to do a huge Triple Threat WWE World Title match for WrestleMania 32 in 2016 between Brock Lesnar, Roman Reigns & Seth Rollins, with Rollins possibly heading into the event as the WWE World Heavyweight Champion. Since Brock vs. Rollins for the WWE World Title has happened before, WWE officials want to add Roman Reigns (who was pinned in the main event of WrestleMania 31 by Seth Rollins) in the mix, as officials still want Reigns to be their top guy and want him in the title picture.

Meltzer also speculated that Steve Austin might have a big role in next year’s WrestleMania, as Vince McMahon wants to make this the biggest WrestleMania of all time!

Click on the “Next” button below to check the next important backstage news from WWE.