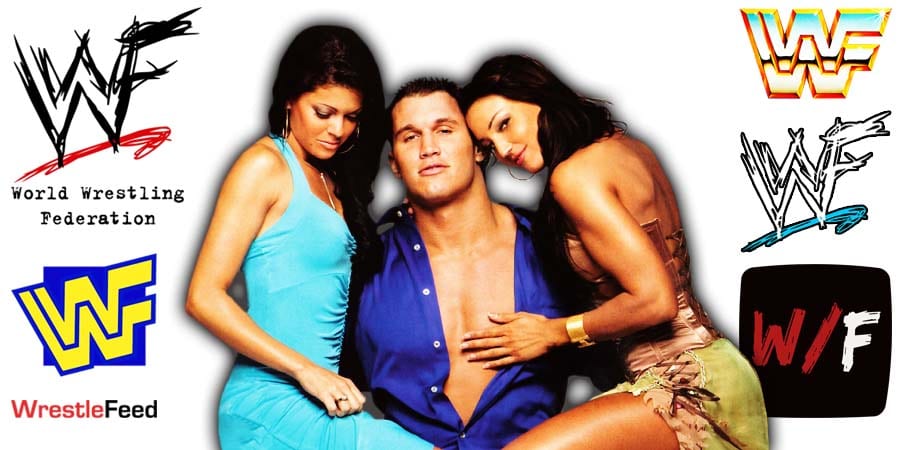 WWE Legend Randy Orton was recently interviewed on Kurt Angle’s podcast, where the former Legend Killer was asked about the possibility of leaving WWE for Hollywood.

In recent years, not only Batista, but John Cena also made the transition to a full-time Hollywood career. The one man who most certainly stands out is of course WWF Legend The Rock, now better known under his real name Dwayne Johnson, who’s currently the #1 actor in Hollywood.

Here’s what Randy Orton had to say:

“A lot of guys, I see branching off and doing other things…making sure they have something lined up for when they can’t wrestle anymore.

I do not know if this is showing my cards or not, but I kind of see myself being with WWE for life. I don’t know why I would go anywhere else.

Who knows what the future holds? Although I love movies and auditions, I don’t think acting is my passion. I’m not trying to move to Hollywood or New York and be a full-time actor.

The way Batista and Cena did it is they used WWE as a jumping board to go into Hollywood and all that stuff. I think I’m happy with my place in the WWE right now.

The money is good, the talent is good, the locker room is great, and I have a good relationship with all the people that are in charge.

I don’t see why I would change that. I only see all of those different variables getting better over the coming years.”

While those words certainly indicate that Randy has no aspirations to trade the pro-wrestling ring for making movies, John Cena actually had similar things to say in 2011 when his feud with The Rock started, going as far as saying he would never leave the WWE for Hollywood, yet that’s exactly what he eventually ended up doing.