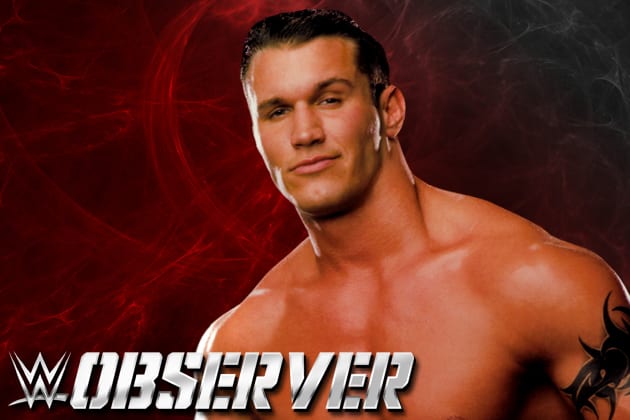 According to latest reports, word is that Randy Orton won’t be back on WWE programming anytime soon. A lot of people backstage in WWE were expecting Orton to return before WrestleMania (probably at FastLane PPV or on Raw after the PPV) to start his program with Seth Rollins which would culminate in a match at WrestleMania 31.

Dave Meltzer is reporting that WWE might hold off Orton’s return until after WrestleMania. With this, Seth Rollins’ new opponent fro WrestleMania would be Dolph Ziggler.

“They’ve pulled [Randy Orton] from all TV’s. So, I don’t know what the story is. He was supposed to start at TV a couple of weeks ago — he’s ready, he’s worked all of the house shows. But for whatever reason, they’ve decided to hold off his return, and I’m thinking that since he’s not going to work [at Fast Lane] they figure there’s no point in bringing him back now, and maybe they’re going to bring him back after WrestleMania, or they’ll have him do a run-in at WrestleMania.

The original plan was for Orton to be on TV weeks ago, and then he was pulled and he’s not advertised on any TV’s at all up through WrestleMania. So, maybe they’ll setup a big surprise return on TV after Fast Lane, or even at Fast Lane.”