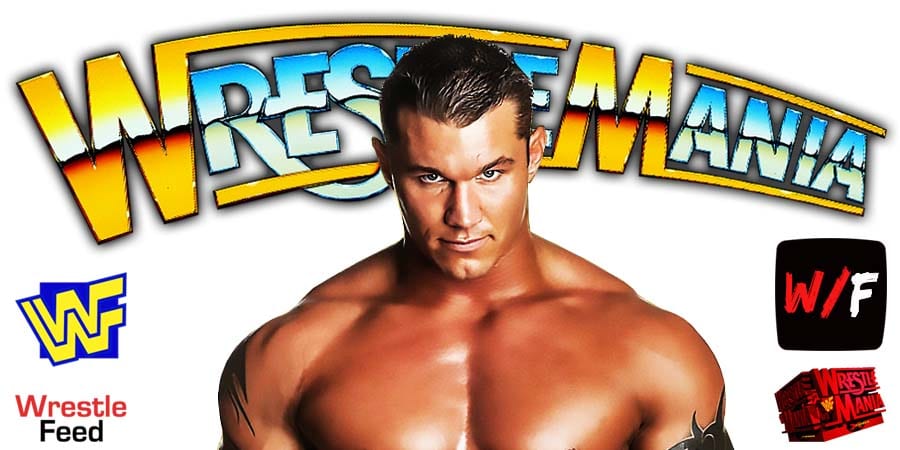 During a recent appearance on The Kurt Angle Show, 14-time WWE World Heavyweight Champion Randy Orton talked about WrestleMania 37 and watching the Night 1 main event with his wife.

“Kim and I watched. I actually still have a few matches that I have to watch from this year’s Mania, but umm, Kim and I actually just watched Sasha and Bianca, and it’s like, it’s so fun to watch some people like those two women that love what they do so much, and you know, it translates into their movements and their facial expressions and what they’re doing in the ring.

To see Bianca have her moment, you know, you talk about WrestleMania moments, it’s as fun for me almost seeing other people have their moments than it is for me to want to have another moment.

I have had so many moments. Like I really enjoy seeing other people having theirs’ too. Deserving people.”

Michael Cole botched the finish call for the Sasha-Bianca match. You can check it out below:

On this day in 2002, we lost Old School WCW Referee Randy Anderson at the age of 43 due to testicular cancer.

Randy Anderson was a professional wrestling referee during the 70s, 80s & 90s, working for several territories such as Mid-South Wrestling, Championship Wrestling from Florida and Jim Crockett Promotions.

When Ted Turner bought Jim Crockett Promotions in late 1988 and renamed it World Championship Wrestling, Randy stayed with the promotion until 1999.

If you watched WCW Monday Nitro in 1997, you will probably remember when Eric Bischoff fired him (storyline wise).