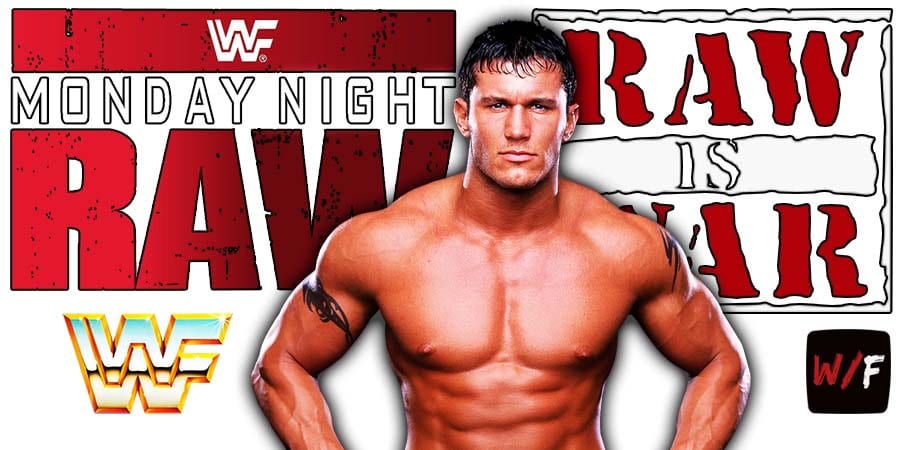 • Randy Orton Reacts To Riddle Hitting An RKO On RAW

On last night’s episode of RAW, Riddle defeated Xavier Woods in a singles match after hitting him with an RKO.

After the match, Riddle did Randy Orton’s pose as well and dedicated the win to his tag team partner.

Riddle appeared on RAW Talk after the show went off the air. Below are the highlights from the interview:

On dedicating his win to Orton:

“I wanted to get redemption for Randy. I knew he was busy tonight, I heard he was watching Operation Dumbo Drop and eating some munchies. He knows how to take care of his body.”

On what Orton texted him after he hit the RKO:

On if Orton actually called him ‘bro’:

“If you know Randy like I do, there’s always a pause between his texts. I know he called me bro in his own subtle way.”

On if he took Orton’s permission to use the RKO:

That was the first time I ever hit an RKO, and it was one of the greatest feelings of my life. It was exhilarating. If you asked me 10 years ago if I could see myself hitting an RKO on RAW, I would have said, ‘no way, bro.’”

On what’s next for RK-BRO:

“What do I see in the future for RK-BRO? We’re going up and up. We’re coming for the championships. AJ and Omos, watch out bros.”

Orton tweeted the following about Riddle using his finishing move:

Also Read: Randy Orton Reveals Why His Daughter Wasn’t Happy With Him After His WrestleMania 37 Match