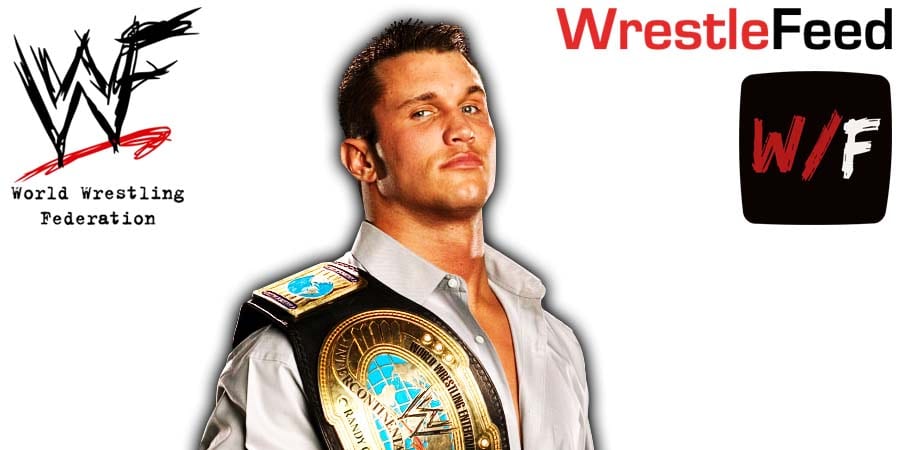 At Backlash 2004, Randy Orton defeated Mick Foley in a Hardcore Match to retain the Intercontinental Championship.

During an interview with WWE Digital, Orton revealed that he kept the thumbtacks (which he fell on) from this match with him.

Below is what The Legend Killer said:

“I’ve got this future Hall of Famer, this all-time great Mick Foley. He’s gotta prove that he’s still got it.

Comes out with all the injuries he’s sustained throughout his career and he put it all on the line to show the world that he could still go and to pass that torch to a young Randy Orton. And that’s what he did.

And we were in Edmonton, Alberta, Canada and it was one of the loudest crowds I’d ever performed in front of.

There were so many violent little obstacles in our way. I landed in the thumbtacks in that match.

I actually have the thumbtacks that were in my boots after this match. I kept them. There were a few in my back that Ric Flair helped pull out of my back. I kept those too.”

Also Read: Mick Foley Reveals What Randy Orton Didn’t Want To Do In Their Feud

– No Hope with Dope promo