“The Viper” Randy Orton has a chance to become a 14 time WWE World Heavyweight Champion this Sunday at SummerSlam 2019 when he faces Kofi Kingston for the WWE Championship.

It looks like Orton is training with his wife for this match as she recently RKOed Orton straight into a swimming pool out of nowhere!

Why did his wife RKO him? Well, they were just having fun, like the following photo: 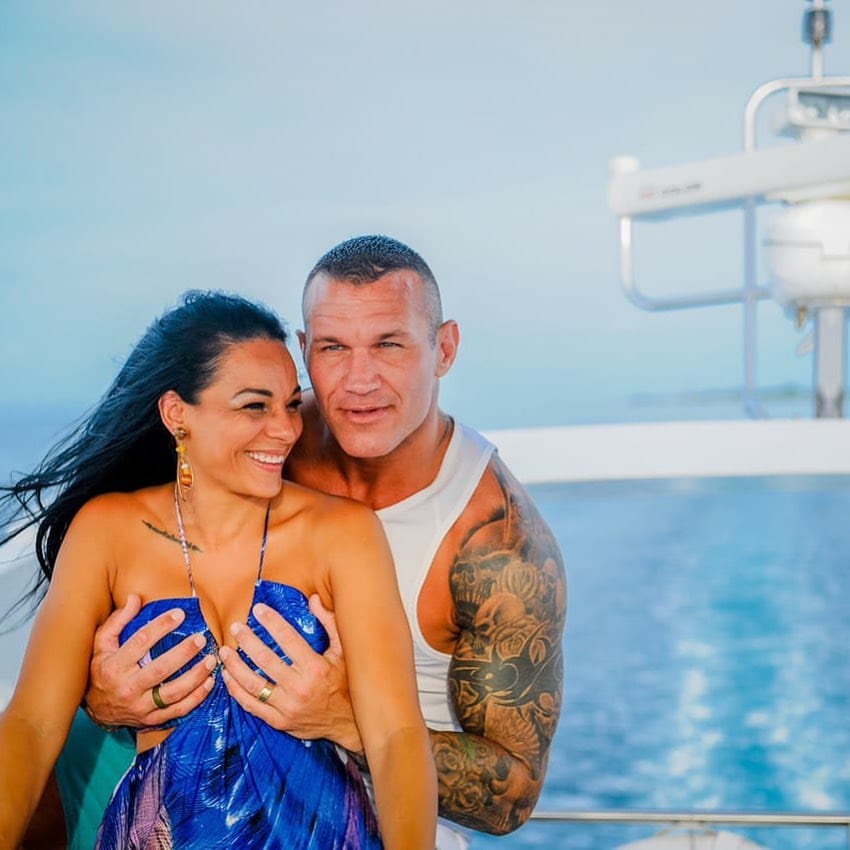