Below are the complete results from tonight’s Halloween edition of RAW (which was also the go-home RAW for this Saturday’s WWE Crown Jewel 2022 premium live event):

After the match, Damage Control attacked Bianca, but Asuka & Alexa Bliss made the save.

– In a backstage segment, Dakota Kai & IYO SKY vs. Asuka & Alexa Bliss for the Women’s Tag Team Titles got set for the main event.

– Brock Lesnar & Bobby Lashley brawled and had to be separated by the RAW locker room. Triple H came out and said if they continue to fight, then their match at Crown Jewel will be off.

– Undisputed WWE Universal Champion Roman Reigns & Paul Heyman addressed Logan Paul. The Miz interrupted and said that he brought Logan in to WWE and taught Logan everything he knows.

Miz warned Roman that Logan has a strong right hand and that Roman must be cautious of it. Miz proposed a deal that he will help Roman with Logan, if Roman helps him with Dexter Lumis. Roman turned Miz down and knocked him out with a punch.

Roman Reigns casually going off on the way out whilst Heyman gleefully looks on in the background 🔥🔥🔥#WWERAW pic.twitter.com/BbGltQ5S2M

After the match, The Judgement Day attacked The O.C.

– JBL said that woke millennials and Gen Z-ers turned Texas into an embarrassment, especially with Halloween, and said both generations should not be allowed to call themselves Texans and that they disgust him and introduced Baron Corbin. Corbin thanks the fans for scrapping their dollars to see him tonight.

R-Truth interrupted and said that he likes their costumes. JBL called R-Truth an idiot and said they didn’t dress up. R-Truth said that JBL dressed up for Hallowen as an out of touch old man. Corbin attacked Truth and took him out with the End of Days.

– Matt Riddle def. Otis in a Trick or Street Fight

– Johnny Gargano revealed the secret between The Miz & Dexter Lumis. Johnny claimed the secret is that after Dexter Lumis was fired by WWE, The Miz went to Lumis and offered him a job to pretend to stalk him so he can stay relevant in the news cycle, but at some point Miz stopped paying Lumis. Johnny said that Lumis is going after Miz because he wants his money. 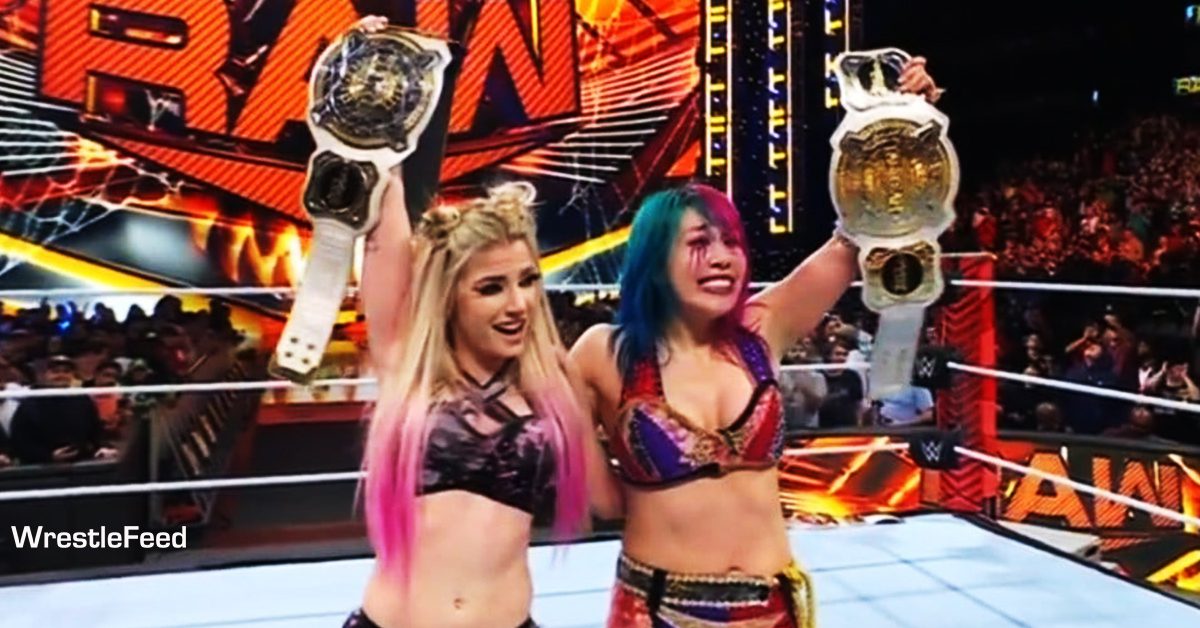 Shawn Michaels vs. Steve May (Before The Match Gets Started, Marty Jannetty Returns)