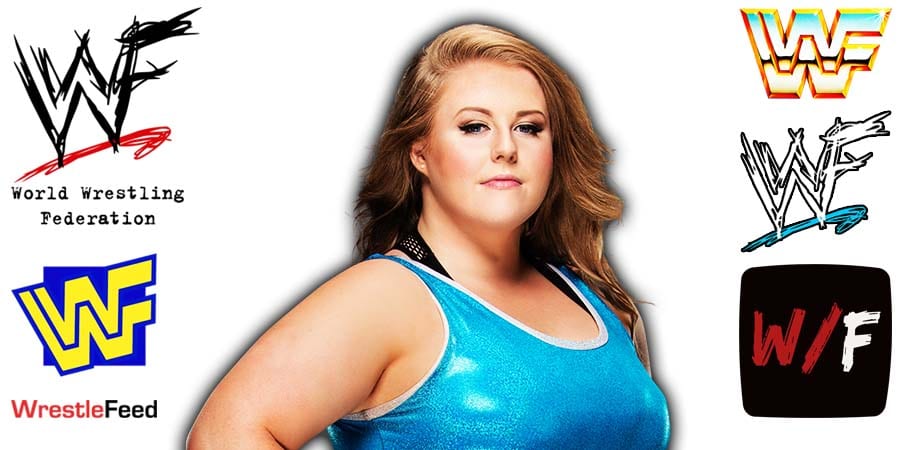 Before she became Doudrop on WWE RAW, she was known as Piper Niven on NXT UK.

During an interview with Inside The Ropes, Doudrop revealed that she has talked to Head Of Creative Triple H about a possible name & character change for her.

Below is what the former 24/7 Champion said:

So it’s like, ‘What’s your vision and where do you see this going, are you open to ideas?’ For me, I don’t mind either way. I would just like to make more deliberate steps going forward with my character.

I feel like for the past little while, things have [been weird]. When I was first [given] Doudrop, I obviously initially had no idea what to do. It took me such a long time to get comfortable with who Doudrop was, I was like, ‘I get this, I’m bubbly and I’m happy and I’m essentially Jojo Siwa’.

After a minute, I bought into it and I got comfortable with it, and then [they turned me heel]. I was like, ‘I don’t know how to do that.’

There’s so much trial and error that went on as I was going, so it took a minute to figure out who heel Doudrop is.

Now that Triple H has come on board, I kinda just wanted to get more [of] a feel of who she is supposed to be and what the options would be as far as different facets of that character or maybe a new character or maybe even an old character. So, we’ll see. As I said, it’s an exciting time.

Yes. [Triple H] was receptive to all ideas. I’m very much aware that there is probably like lots of other people that are looking for changes and such, but I’m willing to be patient and make sure that we’re being deliberate and making sure we know the direction [of the character] and where we want to go.”

Also Read: Ronda Rousey Wants WWE To Hire Back Wrestlers They Released Due To Budget Cuts

It was pre-taped at the Joe Louis Arena in Detroit, Michigan and featured mid-card matches & highlight videos on the road to the ‘WWF SummerSlam 1999’ PPV.