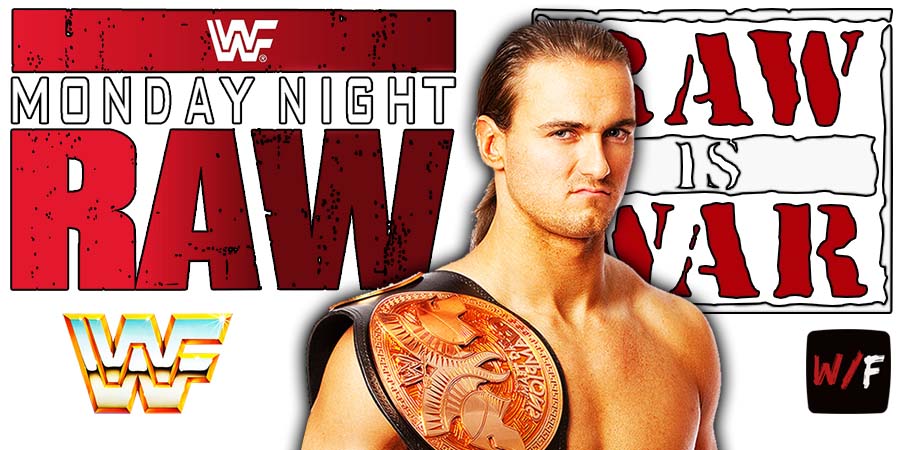 As seen in the main event of tonight’s RAW, Big E defeated Bobby Lashley in a Steel Cage Match to retain the WWE Championship.

After the match, Drew McIntyre came out and pointed his sword at Big E, thus signaling that he’s coming for the Title.

After RAW went off the air, McIntyre was interviewed on RAW Talk, where he announced that he’s coming for Big E’s WWE Championship.

However, he noted that if he gets drafted to SmackDown, then he’ll shift his focus towards Roman Reigns and the Universal Championship.