At last night’s WWE Live Event in Fort Myers, Intercontinental Champion Dean Ambrose was left laying in the ring even after the show ended.

During the Intercontinental Title main event, Ambrose announced that he can beat Seth Rollins in 5 minutes and if he can’t do that then he’ll hand over the Title to Rollins.

A timer was put on the screen to countdown to 5 minutes. The match began and Ambrose failed to defeat Rollins within 5 minutes. Ambrose began to leave with his Title, but Rollins took him back into the ring and the match began again.

During the ending moments of the match, Ambrose eye poked Rollins and hit the Dirty Deeds to pick up the win.

Ambrose called Rollins a chicken in his post-match interview and this resulted in Rollins returning to the ring and hitting a Curb Stomp on Ambrose to end the show.

Ambrose did a funny sell to this Curb Stomp and you can watch it below:

Ambrose got up, but ended up falling flat on his face and remained laid out in the ring, even 15 minutes after the show was over. 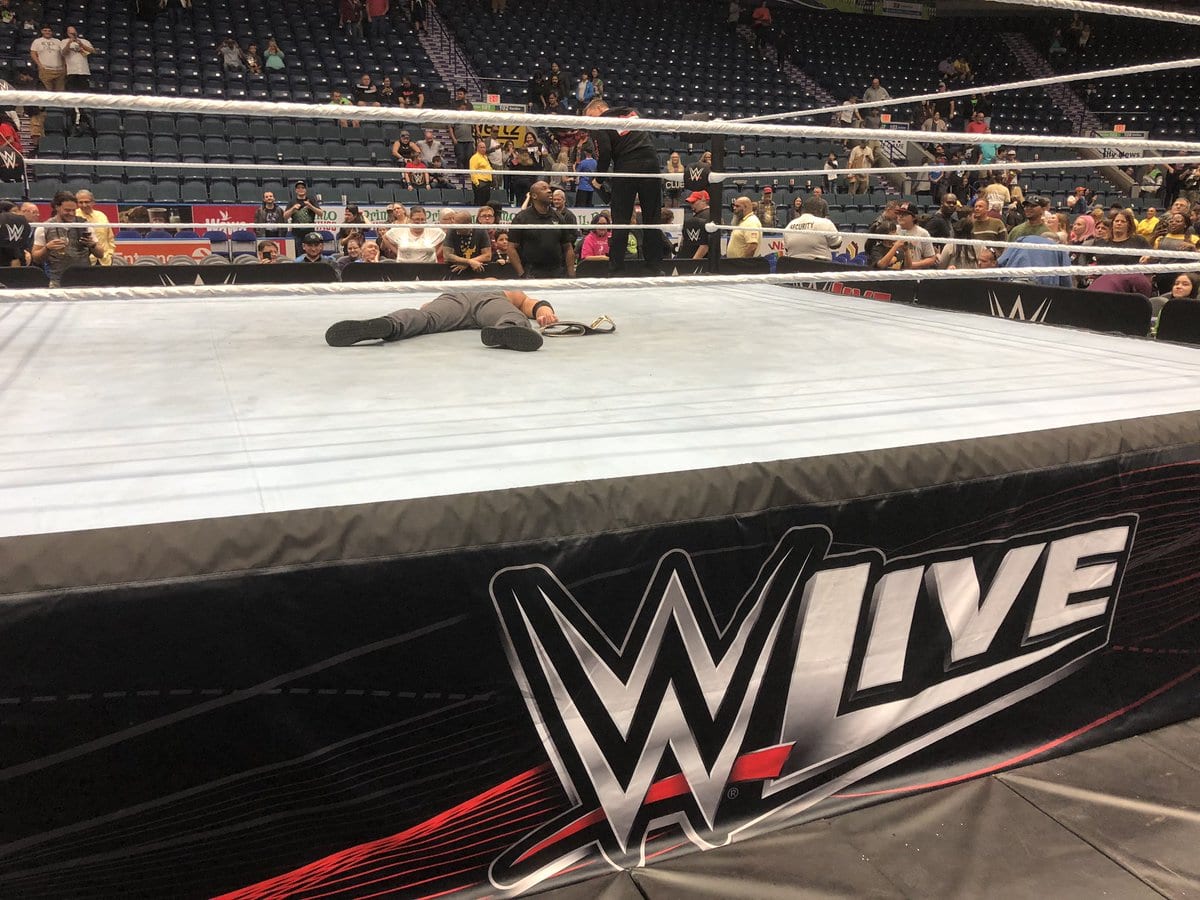 – Bobby Lashley def. Elias (Apollo Crews comes out after the match and hits a Standing Moonsault on Lashley)