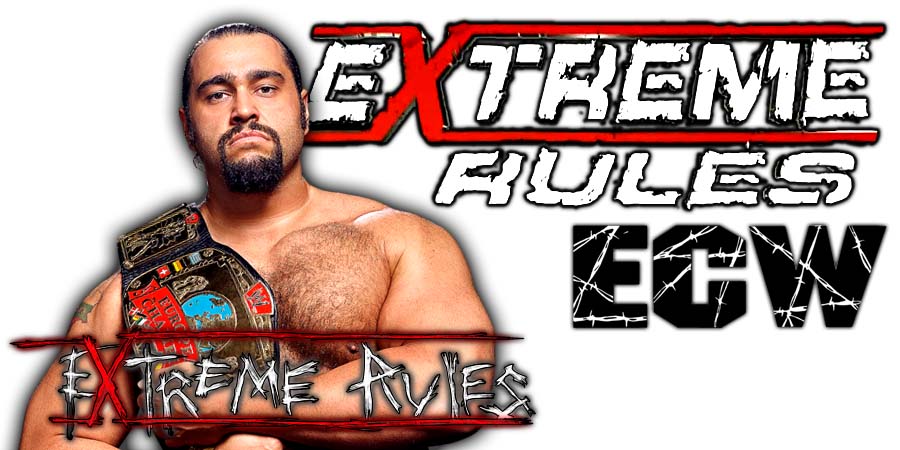 After this week’s WWE programming (RAW & SmackDown Live), below are the matches that have been made official for next month’s Extreme Rules 2018 PPV:

Below are the other matches that are expected to take place at Extreme Rules 2018 PPV:

WWE Hall of Famer & current RAW General Manager Kurt Angle teased a match with Daniel Bryan by posting a photo of him putting Angle in the Ankle Lock during the 50 man Royal Rumble match.

Below is what Angle posted:

“#AnglevsBryan at the Greatest Royal Rumble. How about a 1 on 1 match up? #itstrue”

#AnglevsBryan at the Greatest Royal Rumble. How about a 1 on 1 match up? #itstrue

• RAW Wrestler Getting A Push

According to Dave Meltzer of the Wrestling Observer, RAW wrestler Mojo Rawley is set to get a push after his win over No Way Jose on this week’s episode of Monday Night RAW.

Rawley also debuted a new finisher on RAW and you can check out his win below:

You want to laugh and smile and makes jokes huh? I got the Punch Line. And the Win. @WWE #RAW pic.twitter.com/kqA0QaXd80