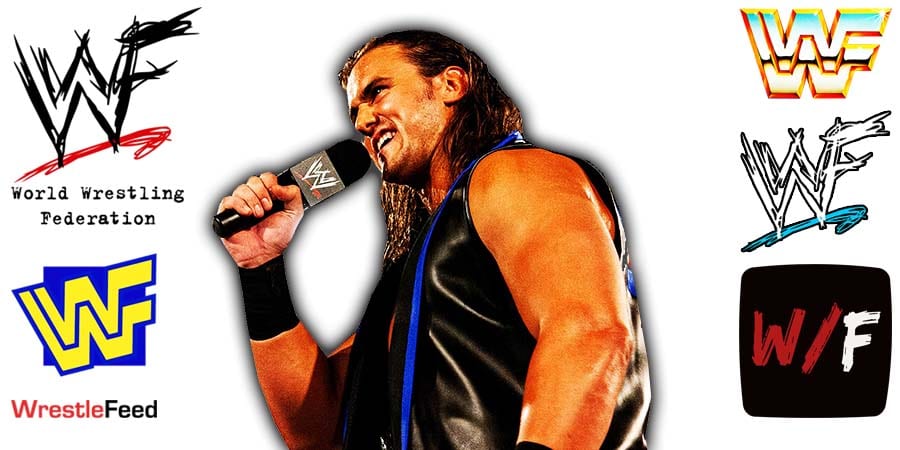 RAW Superstar Jinder Mahal was interviewed on a recent episode of WWE’s The Bump, where he claimed that Drew McIntyre would not have won the WWE Championship at WrestleMania 36 if it wasn’t for him winning it 3 years earlier at Backlash 2017.

Jinder, Drew & Heath Slater used to be a part of the undercard faction 3MB (short for The Three Man Band) from July 2012 until they disbanded in June 2014.

During those days, all 3 of them had lost a lot of weight & muscles, and did not have the look of a professional wrestler, which they used to have before they joined the group. However, when both Jinder and Drew returned to the WWE, they both had gained a big amount of clean cut muscles and were in great shape.

Here’s what Mahal had to say:

“So, my problem is not with Drew. My problem is with the idea that Drew McIntyre was celebrated as a champion, as if he overcame such enormous odds.

Let’s back it up. Me and Drew were a part of 3MB together. Me and Drew got released the exact same day. I made it back to WWE faster, better. I became WWE Champion faster than Drew McIntyre, yet I wasn’t celebrated. I was called ‘the experiment’ or whatever.

I don’t have a book right now. Drew has a book. Drew is doing media nonstop. This is one of the only times I’ve done media in the last few months.

Why am I not celebrated the same way Drew McIntyre is celebrated? Our stories are parallel. Just because you don’t hear about my hardships in life, doesn’t mean I’ve had an easy route to the WWE or becoming WWE Champion. I’ve had just as many challenges as Drew has had. Yet I’m not acknowledged.

I bet if I didn’t become WWE Champion, Drew wouldn’t have. You know why? Because I showed him the way. I laid the blueprint down for Drew.

Drew followed the same game plan that I did: comeback, best shape possible, target the biggest guy, make an impact.

But here we are.”

So, we guess the only question that’s left to ask is, when will Heath Slater (currently in IMPACT Wrestling) return to win the WWE Championship?