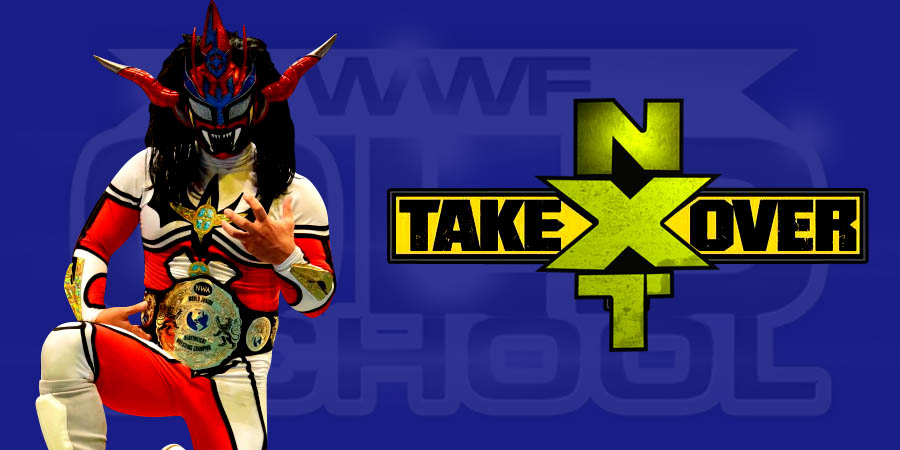 As we noted before, Jushin Liger will wrestle his first ever WWE match on August 22 at NXT Takeover: Brooklyn.

He will face Tyler Breeze at the show. The real reason behind WWE bringing in Jushin Liger for Takeover has to do with ROH’s Field of Honor event on the same night.

Wrestling Observer reports that WWE booking Jushin Liger is a political move, as they plan of competing with Ring of Honor on that night, as Field of Honor takes place on the same night in Brooklyn as well. New Japan Pro Wrestling has allowed some of its wrestlers to work the ROH show and WWE wants to take a shot at them by bringing in more notable Japanese name.

Ring of Honor has been running events like this during SummerSlam & WrestleMania weekends for some some time now & WWE wants to compete with them and beat them. Dave Meltzer noted the following about this:

“In what is a major political move, New Japan Pro Wrestling has booked Jushin Liger to appear on 8/22 for WWE on its NXT Brooklyn show, to face Tyler Breeze. New Japan had already booked Shinsuke Nakamura, Kazuchika Okada and Kushida for ROH that same night, also in Brooklyn. There are other significant moves being made behind-the-scenes that don’t involve New Japan, regarding NXT and ROH that are likely to become evident in short order.”