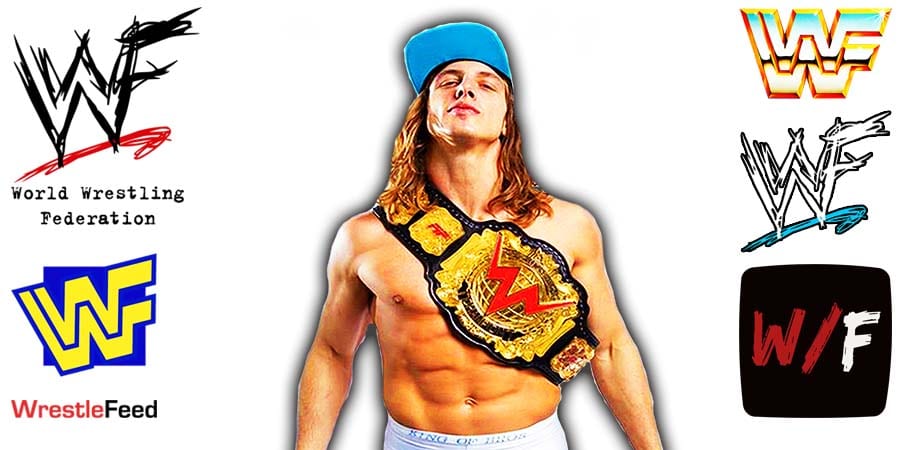 At the Elimination Chamber 2021 PPV, Riddle defeated John Morrison and Bobby Lashley in a Triple Threat Match to win the United States Championship.

Morrison qualified for this match by winning a Fatal-4-Way match on the Kickoff Show of that PPV. He replaced Keith Lee in the Triple Threat Match, who wasn’t cleared to compete and was pulled.

The original plan for that match was for Keith Lee to pin Riddle to win the United States Championship. However, with Lee out of the picture due to health issues, Riddle was booked to pin Morrison to win the US Title.

WWE had to make Lashley drop the US Championship to move on to the WWE Championship, which is why the Title change was necessary (otherwise WWE could’ve just booked Lashley to retain and have Lee win the Title at a later date when he returns).

It was broadcasted from the Gund Arena in Cleveland, Ohio and featured matches, interviews & segments, on the road to the ‘WWF WrestleMania X-Seven’ PPV.

6. Stone Cold Steve Austin & The Rock vs. Kane & The Undertaker