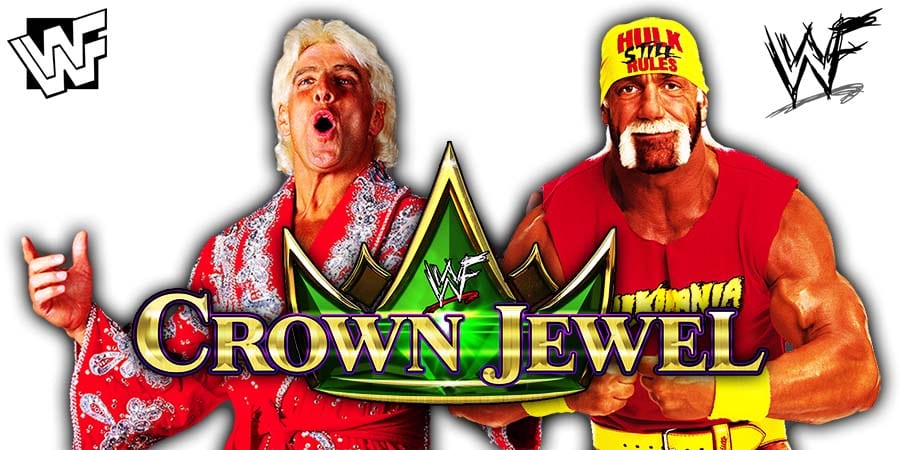 – The Nasty Boys vs. Jobbers

As seen on this week’s RAW Season Premiere, The Miz announced during his MizTV segment that a Team Hogan vs. Team Flair (5 on 5 elimination tag team match) will take place at WWE Crown Jewel 2019 PPV on October 31.

According to Tom Colohue, the only reason this match is happening is for Flair to earn a big Saudi Arabia PPV paycheck and doesn’t take the WWE to the court over “The Man” gimmick that Becky Lynch is using.

Flair has stated in interviews that he wants WWE to pay him royalty fee for Becky to use “The Man” gimmick.

WWE doesn’t want to hurt their relationship with Ric, so they came up with this match idea and it will help Ric in earning some good money (as Saudi Arabia officials pay big money to get Old School Legends on their PPVs).