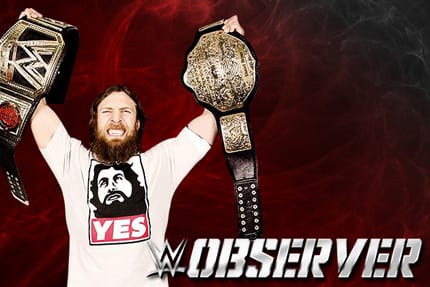 With Daniel Bryan competing for the Intercontinental Championship instead of the WWE World Heavyweight Championship, it’s not because WWE doesn’t see him as a big star or doesn’t want small guys in the main event, it’s because officials are really concerned for his health. According to reports, Daniel Bryan decided to undergo a unique form of rehabilitation for his injury last year and there is a strong fear within WWE that his injuries could become reoccurring issues due to the rehab he did. There’s concern that the rehab Bryan chose is not a long-term permanent fix and just a short-term fix that could cause the problems to relapse. This is the main reason why Bryan wasn’t put in the main event picture because officials fear what will happen if they book him in big storylines and he gets injured?