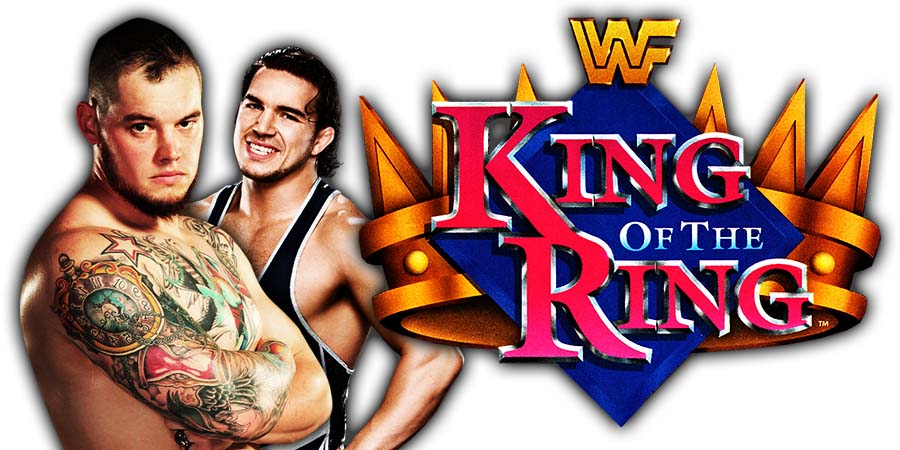 It was pre-taped at the Capital Center in Landover, Maryland and featured matches, promos & storyline segments on the road to the ‘WWF Survivor Series 1992’ PPV.

Former SmackDown Tag Team Champion Chad Gable was nowhere to be seen on WWE programming recently, but then he came out of nowhere to enter the King Of The Ring tournament and almost won it.

He lost in the finals to Baron Corbin.

According to the Wrestling Observer, Vince McMahon is behind Gable’s recent push on WWE TV as Vince appreciates what Gable brings to the table. While Gable’s current gimmick is that of an undercard babyface wrestler, he’ll still getting TV time and Vince considers this a promotion for Gable.

As seen on this week’s SmackDown, Gable attacked King Corbin. You can watch it below:

During a recent interview with PWInsider, Gable revealed that he begged to Vince McMahon to give him something to do on WWE programming.

Below is what Gable said:

“If I’m presented with something regardless of what it is I’m excited. I’ll tell ya from experience when Bobby [Roode] and I were broken up, when I got traded to SmackDown I immediately went to Vince, you know with characters, ideas for stories, I made my own vignettes, I did my own promos that I would bring my laptop in and show him. Just basically begging, pleading, doing whatever I could to do something, to get anything.

I wasn’t married to these ideas that I was giving him. I just wanted to throw as much at him and go, ‘Look, I’m open to anything. This is what I’ve got for you, but I’m willing to do anything you’ve got in mind because I’m ready to work. I’m ready to deliver for you.’

So when I’m doing that it shows them that I’m ready to work so when they come at me with something there’s no way that I’m gonna be a guy to poo-poo some idea, you know or anything that they give me.

Them offering me anything means that they wanna invest in me and to me that’s a compliment and so I’m gonna take that and use it to my full advantage whatever ideas they throw at me and I take them all as a compliment and I’m ready.

I’m ready for them to invest in me and I can guarantee they will get back their investment. I will deliver.”