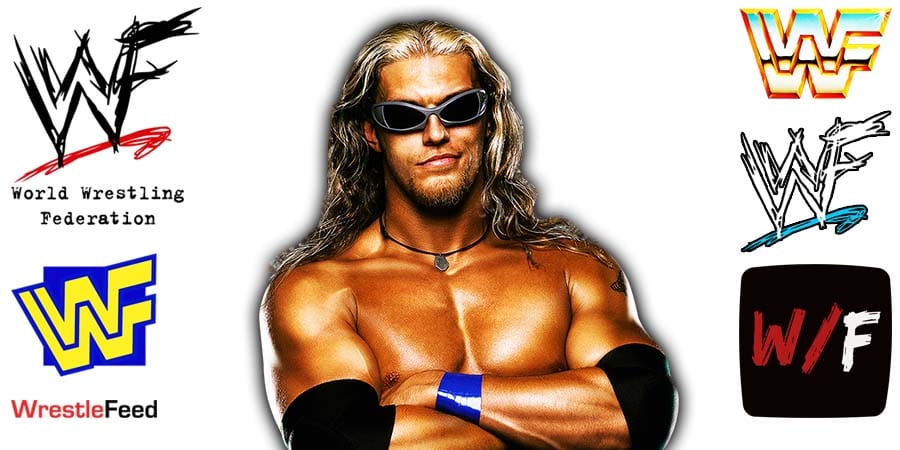 • Reason Behind Change In Edge’s Character

As seen on this week’s RAW, Finn Balor joined The Judgment Day and Edge was kicked out of his own stable.

Balor joined forces with Rhea Ripley & Damian Priest and they all turned on the WWE Hall Of Famer & brutally assaulted him.

Edge is back to being a babyface now and this was done because Cody Rhodes, who was the #1 babyface on RAW, is going to be out of action for the rest of the year. Edge will now take his spot as the top babyface on Monday nights.

He is expected to go back to his Rated-R Superstar character and old theme music.

On this week’s WWE’s The Bump, it was announced that Edge suffered a non-displaced orbital floor fracture due to the attack by The Judgment Day.

According to Fightful Select, Edge recently turned down an interesting idea for Judgment Day:

“WWE had mentioned taking Judgment Day a ‘supernatural’ route, which Edge was said to have been opposed to.

Word started to emerge in the afternoon hours ahead of [Monday’s] RAW that a big shift involving Finn Balor and Edge was set to happen.

Although that was firmly set on Monday, the pitch to have Balor as a member of Judgment Day came well before that.

Sources had indicated to us the week prior that Balor was set to turn heel and join the group days before Hell in a Cell. However, there was no mention at that point of Edge leaving the group.”

This was the first and only pay-per-view the Universal Wrestling Federation ever produced, as it was considered a failure with only 550 fans in the 4,000 seat arena and also the PPV only drew a low 0.10 buyrate.