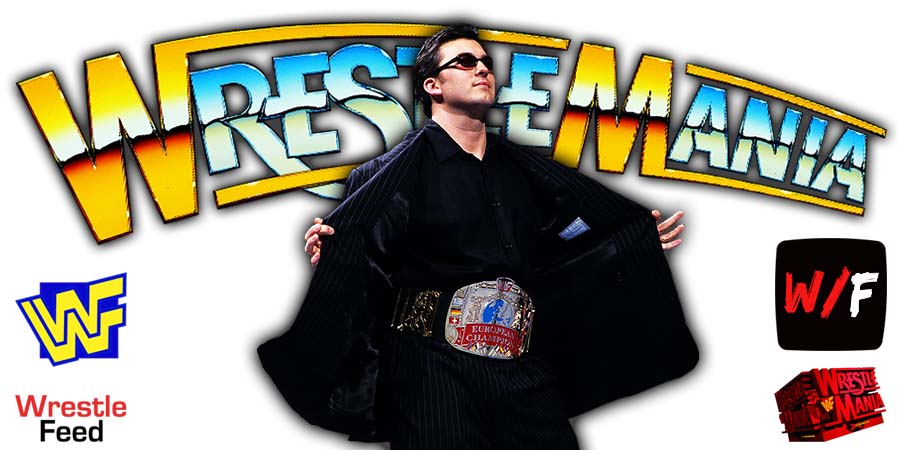 • Reason Behind WWE Bringing In Shane McMahon For WrestleMania 38 Weekend

PWInsider recently reported that WWE is bringing in Shane McMahon for the WrestleMania 38 weekend.

This began speculation that Vince McMahon could reveal Shane O’Mac as Seth Rollins’ mystery opponent this Saturday, instead of Cody Rhodes.

For those who don’t know, Seth vs. Shane was actually the original plan for WrestleMania 38, before it got nixed.

According to the Wrestling Observer, there’s no mention of Shane being involved in any storyline among the creative team members and he’s simply here to attend the Hall Of Fame ceremony this Friday night:

There’s always the chance that Vince is kayfabing everyone and there’s gonna be something but from what I was told, and this is from multiple people who are pretty high on the food chain, you never know 100% because it’s wrestling and also can change everything.

But as far as Shane McMahon on WrestleMania or something like that – on the creative team his name has not been spoken about since January, it’s never been brought up.

They are under the impression that he’s just going to the Hall of Fame. He’s gonna hang out at WrestleMania like he does every single year and it’s a non-story and that people are making way too much of it.”