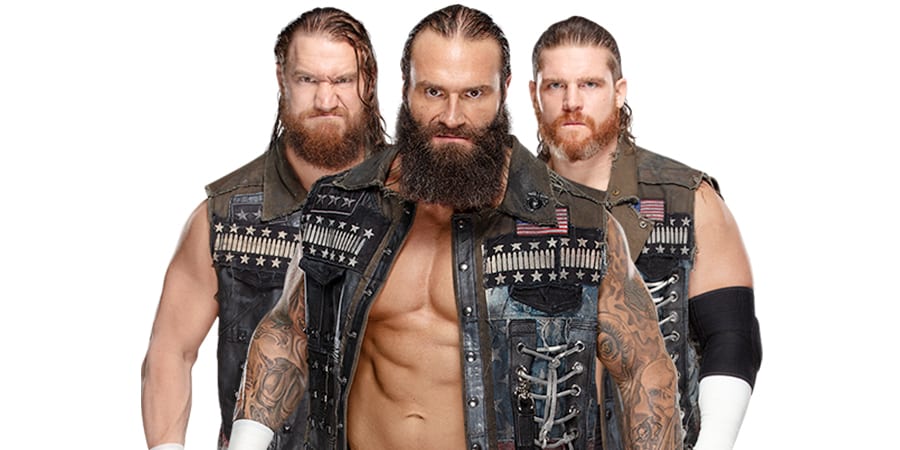 • Reason Behind WWE Calling Up The Forgotten Sons

The Forgotten Sons debuted on SmackDown last month, and are already set to compete in a Fatal-4-Way match at Money In The Bank 2020 PPV for the SmackDown Tag Team Championship.

The Wrestling Observer noted that WWE hadn’t originally planned to call up Wesley Blake, Steve Cutler and Jaxson Ryker. They were forced to do so because Jimmy Uso got injured at WrestleMania 36:

“The Jimmy Uso one is why the tag team program was changed a little bit and the Forgotten Sons were brought up.”

The Forgotten Sons defeated The New Day in a non-title match on last week’s SmackDown.

The New Day will now defend their Titles against The Forgotten Sons, The Miz & John Morrison, and Lucha House Party in a Fatal 4 Way Tag Team match this Sunday at Money In The Bank 2020.