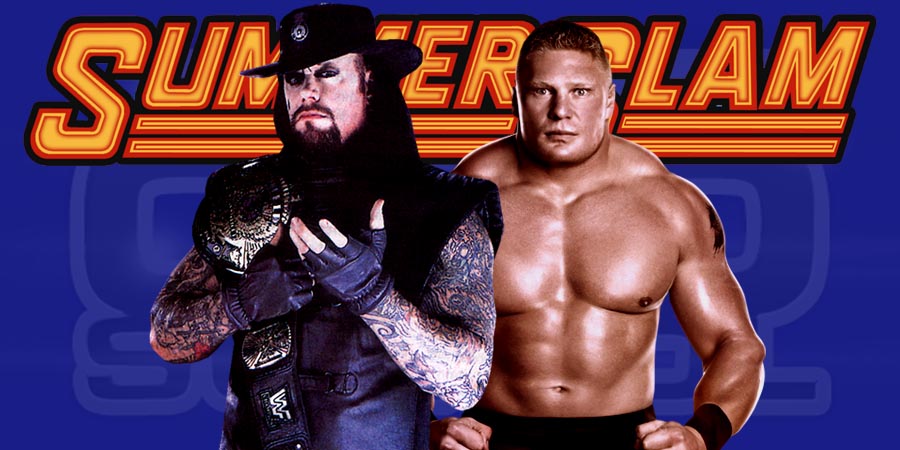 As we all saw at WWE SummerSlam 2015, The Undertaker tapped out to Brock Lesnar but took advantage of the referee distraction and won the match.

The reason for the controversial finish was that Vince McMahon felt Undertaker needed to win the match no matter what happens.

However, Vince McMahon knew that Brock Lesnar losing clean to Taker wasn’t a good idea. So he booked an angle where Taker tapped but referee didn’t see it and Taker taking the advantage with a low blow and locking in the Hell’s Gate submission hold, making Lesnar “pass out” not tap out.

Many fans were not happy with this “Dusty” finish but atleast WWE made the right decision by protecting Lesnar and not making him lose clean. WWE did a similar scenario in 1997 with Stone Cold and Bret Hart at WrestleMania 13 where Austin, all bloodied up, passed out to Bret’s sharpshooter.

Speaking of The Undertaker, SummerSlam 2015 could turn out to be his final WWE TV appearance in 2015 as Dave Meltzer of the Wrestling Observer reports that The Undertaker would likely be kept off WWE TV until WrestleMania 32 season.