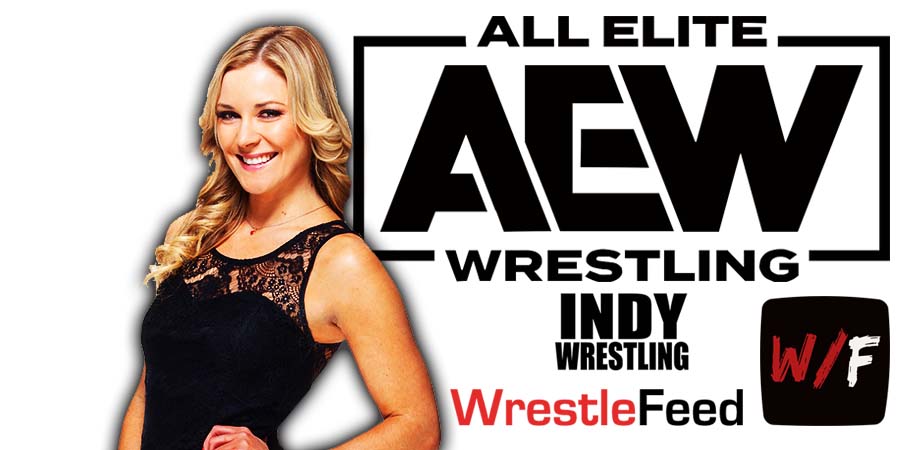 Many fans thought she was going to join All Elite Wrestling right away, because her husband (current AEW World Champion Jon Moxley) works there.

However, it took over 2 years for her to join Tony Khan’s promotion. She made her official debut on this week’s episode of AEW Dynamite.

On her podcast, Renee explained her decision to return to the pro-wrestling scene:

“It’s missing being around professional wrestling. It’s missing that TV aspect of doing things. I miss the crowds, I miss the lights, the outfits, and the aspect of putting on an actual show. I’m ready to get out of my f**king sweatpants is what I’m saying.

As much as I have been around a lot, I never really talked to Tony (Khan) about coming into AEW. A lot of it was, this is probably going to sound bad and I’m sure people are going to take this out of context, but honestly, a lot of it was talking to Jon (Moxley).

‘Man, I want to get back into… I want to be back in the wrestling world. I miss doing stuff.’ As he’s thinking about what the shows look like and his role, most of our conversations were internally between Jon and I about figuring out that I want to do something and come back.

Those are all very real things. It was just the timing of everything. I want to be there as a broadcaster, as a personality, I want to be able to help other people if they want or need help. I want to be an ear for people any way that I can and use my 8 years of experience having worked in WWE to see how I can help in AEW.

It all happened really fast. All of a sudden, Jon and I had been talking about it and it felt like the next day, my manager is calling me, ‘They’re reaching out, the contract is coming through.’ Wow, that was a quick turnaround.”

– The Barbarian vs. Kent Carlson