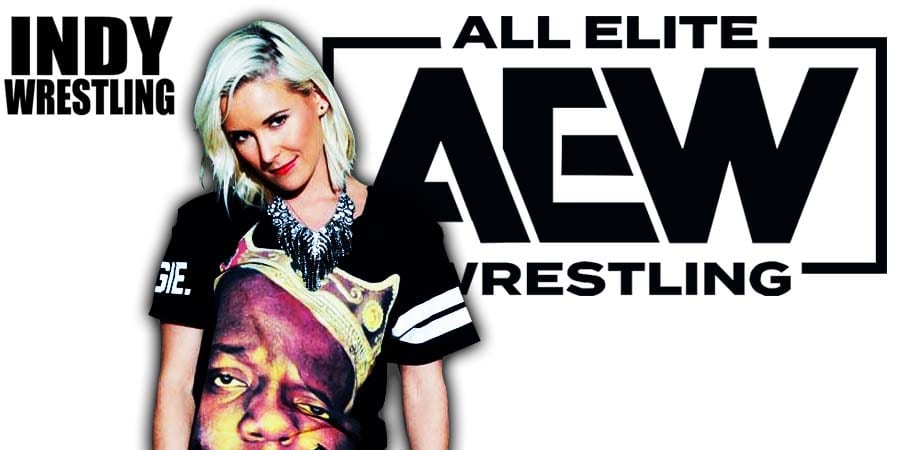 On tonight’s episode of AEW Dynamite (which took place in Toronto, Canada), Renee Paquette (fka Renee Young in WWE) made her All Elite Wrestling debut.

She has signed with Tony Khan’s company and interviewed multiple wrestlers tonight.

Below is what she tweeted about her debut tonight:

“Tonight was stupid fun! Thanks for all the really sweet messages and response to me debuting with @AEW tonight! Toronto was SO loud!!! ❤️ 🇨🇦”

Congrats to this much loved angel!! So well deserved ❤️👏🏻”

2-Time WWE Hall Of Famer Ric Flair, who has been interviewed in the ring by Renee before in WWE, tweeted:

On this day in 1991, the World Wrestling Federation aired an episode of their weekly TV show ‘WWF Maple Leaf Wrestling’.

This is basically the Canadian version of ‘WWF Superstars’, but what made this version of the show special, is they had exclusive ‘Event Centre’ interviews with Raymond Rougeau that did not air in the United States.