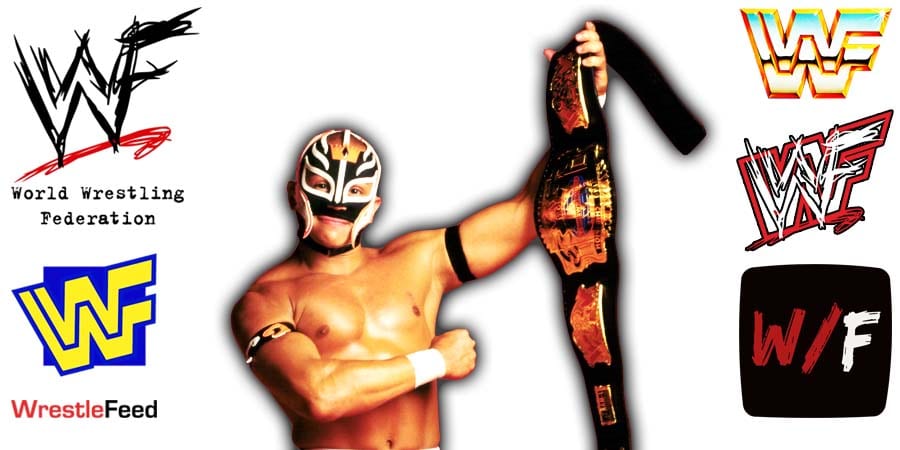 • Rey Mysterio Gives An Update On His Retirement

This past Monday on RAW, he celebrated his 20th WWE anniversary, as he made his debut in the company back in 2002.

During an interview with BT Sport, Mysterio gave an update on his retirement plans.

On when he plans to retire:

But then, I remind myself, ‘What if you feel good? Can you still go another year?’ But I think as of right now, my date has always been, don’t go over 50.”

If it’ll be easy to end his in-ring career:

“At this point probably will be, just because I can see my son go. That almost gives me a second life of, ‘I’m seeing myself through him,’ you know?

It’s special to be able to see my son step in there and be given this opportunity with such short amount of time, and he had to be prepped up, you know, I feel like he’s taken advantage of the opportunity.”

Also Read: Rey Mysterio Reveals What He Wants To Do With His Mask After Retirement