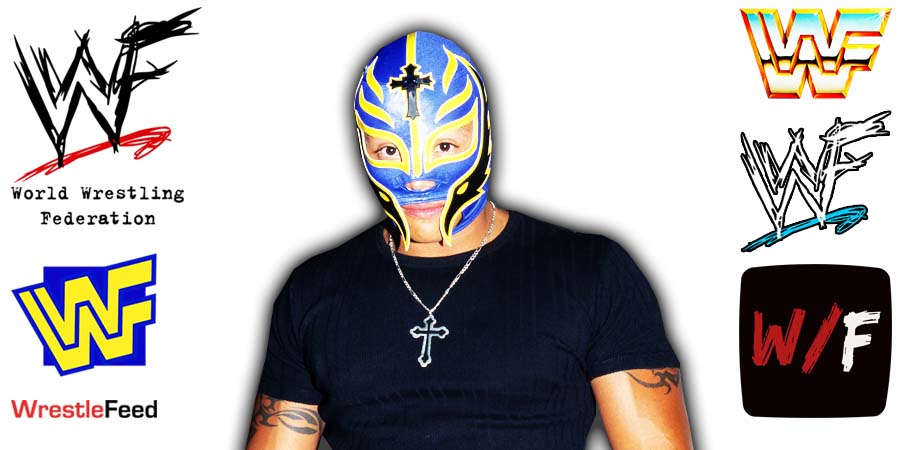 Rey is 47 years old and has been wrestling for over 33 years now.

During an interview with Sports Illustrated, Mysterio revealed that he wants to pass his iconic mask to his son Dominik after he retires from in-ring competition.

“My next goal is to eventually be able to look for a great plan of retirement. I also want to make sure my son is set.

I’m really enjoying his evolution. We’re still seeing a lot of growth with Dominik. I always have to remind myself he hasn’t been doing this for very long.

He’s doing very well, and I push him to do better every single time he’s in the ring, I want to hang up the mask down the road, and hopefully see Dominik carry that mask and continue with the Mysterio legacy.

I’ve been passionate about this since Day 1, and it’s been even more special since Dom’s wanted to follow in my footsteps. He wants to continue the Mysterio legacy.

He started training 6 years ago and, in that time, we’ve had so many memories I’ll cherish for the rest of my life. It’s been a dream come true.”

Also on Monday’s RAW, The Mysterios will take on The Judgment Day (Finn Balor & Damian Priest).

Also Read: “Are you f**king with me?” – Rey Mysterio On Change In Plan While Being In The Ring At WrestleMania

On this day in 2005, we lost Old School WWF Announcer “Lord” Alfred Hayes at the age of 76 after a series of strokes.

Lord Alfred Hayes was considered the voice of the World Wrestling Federation for the 80s & early 90s, hosting popular segments like ‘WWF Update’ and working as a backstage interviewer, commentator and announcer.

In 2018, he was inducted into the WWE Hall of Fame as part of their annual Legacy Wing inductions.