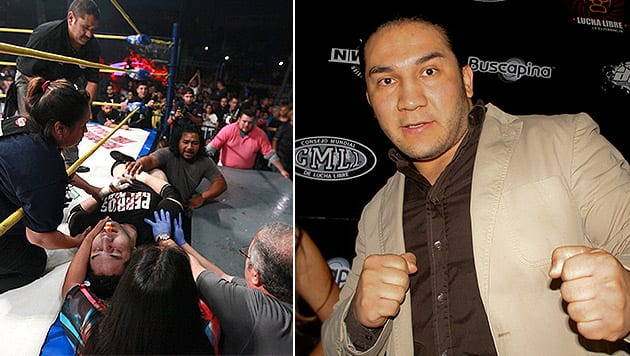 Although this wasn’t Rey Mysterio’s fault, as accidents are something that pro-wrestlers always risk, but the fact that AAA wasn’t prepared for something like this is just horrible.

Also, the post match conduct was extremely poor and it might have played a part in his death as well.

The cause of his death was revealed to be a stroke that was caused by cervical spine damage. The Associated Press is reporting the death is being investigated as a possible manslaughter.

You watch the full length video of the incident below. (WARNING: It might be disturbing for some viewers).