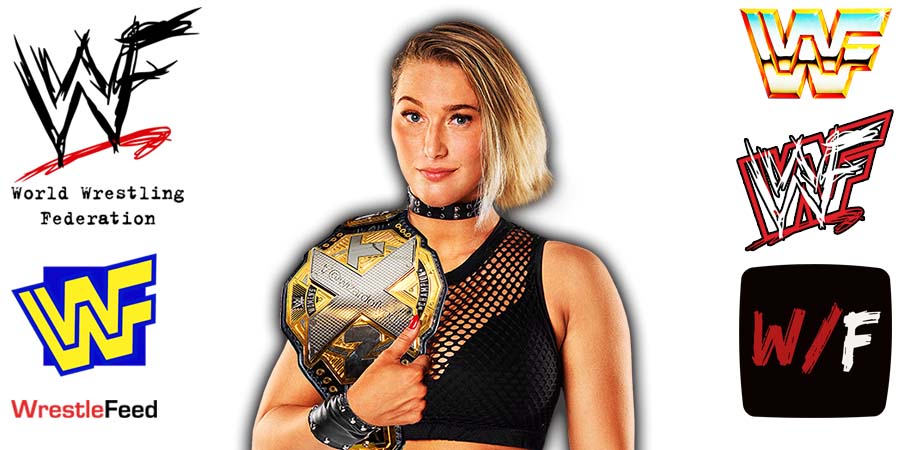 Former RAW Women’s Champion Rhea Ripley is one of the most muscular female wrestlers in WWE today.

She often gives a physique update to her fans every now & then. You can check it out below:

A fan saw these photos and replied:

“Aw…Did my hard work hurt your pathetic ego? It’s ok, maybe one day you might decide to put your ‘big boy’ pants on and grow a set.

Until then be careful because your incompetence is showing.”

Rhea was scheduled to face Bianca Belair for the RAW Women’s Championship at Money In The Bank 2022.

However, she suffered a brain injury (concussion) when her head collided with her own knee during a match.

Ripley isn’t expected to miss a lot of time and will return soon.

Johnny B Badd vs. Julio Sanchez