Those of you who have watched the newest season 3 episode of Dark Side of the Ring about the infamous 2002 ‘Plane Ride From Hell’ know who Heidi Doyle is.

She’s the stewardess on board of the Boeing 757, who claimed Old School WCW/WWF Legend Ric Flair sexually harassed her by flashing her and putting her hand on his genitals.

Ever since such allegations started in 2002, The Nature Boy always claimed there was no truth to Heidi’s story whatsoever.

A group of pro wrestling fans now did some research on her and discovered that Mrs. Doyle actually has a criminal record, after stealing $80,000 worth of jewelry in 2016 with a man named Rob Scott. 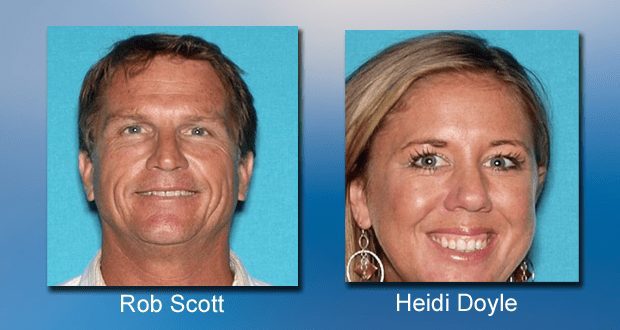 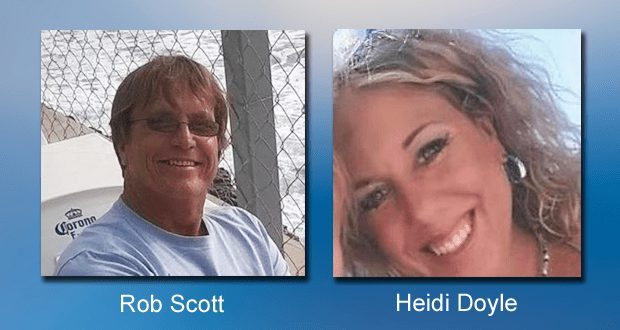 Here’s what osidenews.com reported on them:

“New Photos, Video of Two Suspected of Taking $80,000 in Jewelry

Encinitas CA— San Diego County Crime Stoppers and investigators from the North Coastal Sheriff’s Station are asking for the public’s help to locate a man and woman wanted in connection with two burglaries at an Encinitas store.

The burglaries happened on August 20th and September 2nd at Consignment Classics on South El Camino Real. $80,000 in jewelry was stolen during the thefts. New surveillance video shows a woman wearing a black jumpsuit casing the store the day of the second burglary.

They were later arrested. The Chicago Tribune reported the following about it:

“Rob Scott, 53, was taken into custody in Nevada and Heidi Doyle, 42, turned herself in at a San Diego County Sheriff’s Department station in Encinitas, sheriff’s officials said.

The two face charges of commercial burglary. Doyle was also booked into jail on charges of identity theft and writing fake checks.”

1. Lex Luger vs. The Executioner