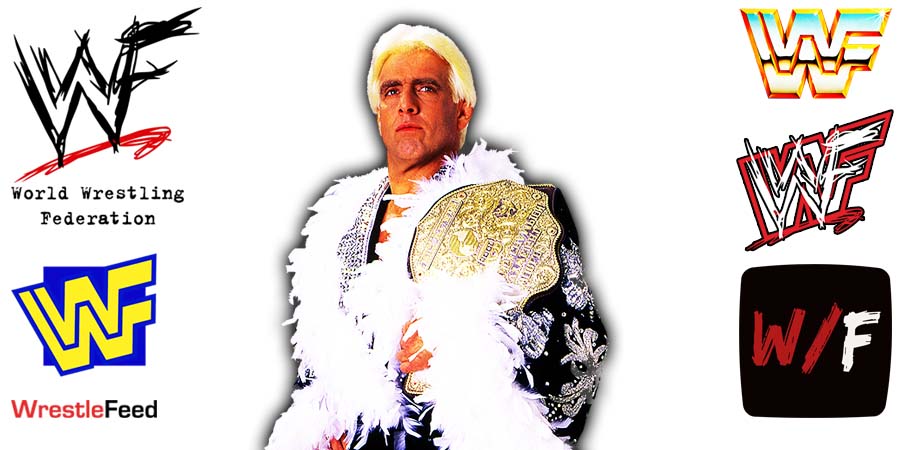 During an interview with TMZ Sports, 2-time WWE Hall Of Famer Ric Flair revealed that he consulted 40 doctors prior to the announcement of his final match.

“I don’t have any aches or pains. I know I’ve had the health issues, but I asked 40 different doctors, and I decided I’m only gonna listen to one.

Not necessarily the one that was gonna give me the right answer, but that I felt the most comfortable with.”

As we reported earlier, Flair feared that his pacemaker could come unplugged while taking bumps. Flair met his Doctor and he said the pacemaker can be plugged back in if that happens.

Also Read: Ric Flair Reveals Which Recent WWE Matches Inspired Him To Have One Last Match

On this day in Pro Wrestling history on May 22, 2005, World Wrestling Entertainment aired ‘Judgment Day 2005’ LIVE on PPV from the Target Center in Minneapolis, Minnesota.