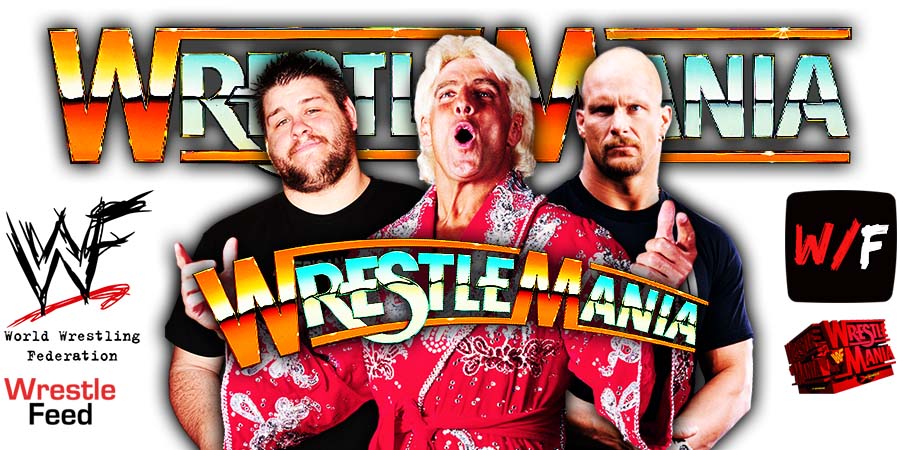 There are rumors going on that WWE Hall Of Famer “Stone Cold” Steve Austin is going to come out of retirement at WrestleMania 38.

If he does, his opponent is expected to be Kevin Owens, who has already planted seeds for this match by insulting Texas.

Ric Flair addressed this situation on his podcast and said the following:

“Kevin Owens would be a great opponent. If there’s a guy that gets it in this business on how to put someone in a position to look incredibly good…Kevin gets how to work and get the very best out of whatever situation he’s in.

That’s my take on Kevin. Kevin Owens is a guy that is so respectful. If anybody deserves the opportunity to wrestle Steve, it would be Kevin Owens.”