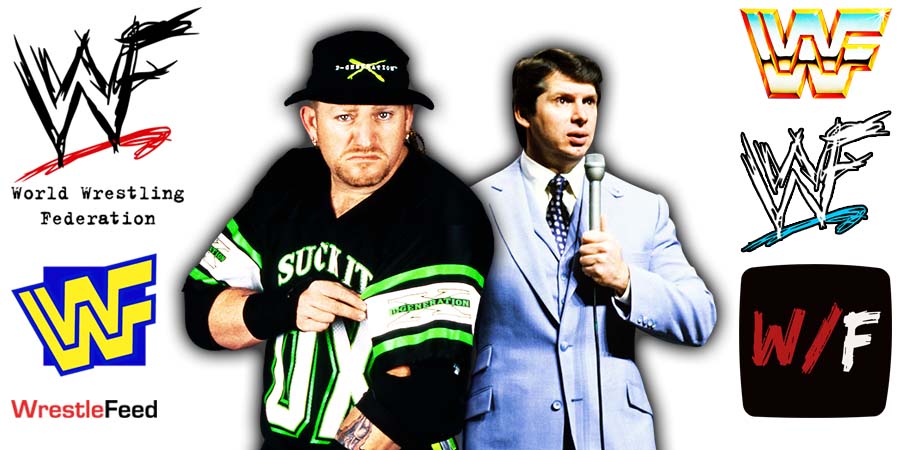 During a recent appearance on Highspots Sign It Live, WWE Hall Of Famer Road Dogg answered some fan questions.

On dying his goatee:

“Vince made me color my goatee because he said I look too old. He didn’t like the gray.”

On which character that he portrayed was his favorite:

“I did love The Roadie, my God. You know what was so good about it, and this is just me being lazy, I didn’t have to do any of the work, you know what I mean?

I just got to be outside and try to be entertaining and I would usually feed in and take somebody’s finish, especially when Jeff (Jarrett) was the Intercontinental Champion.

No one beat him in any house show, ever. And so I would have to run in at the end for the DQ and then take the, Diesel’s finish or Razor’s finish or whatever.

But yeah, I love doing that.”

“Santino Marella. He’s my favorite wrestler in the history of wrestling, ever.

When he would go to do the dive and then he would like, change his mind or he would climb to the top, up to the top turnbuckle, and then climb back down. Like that’s entertainment, man.”

2. The Mountie vs. Cliff Sheets