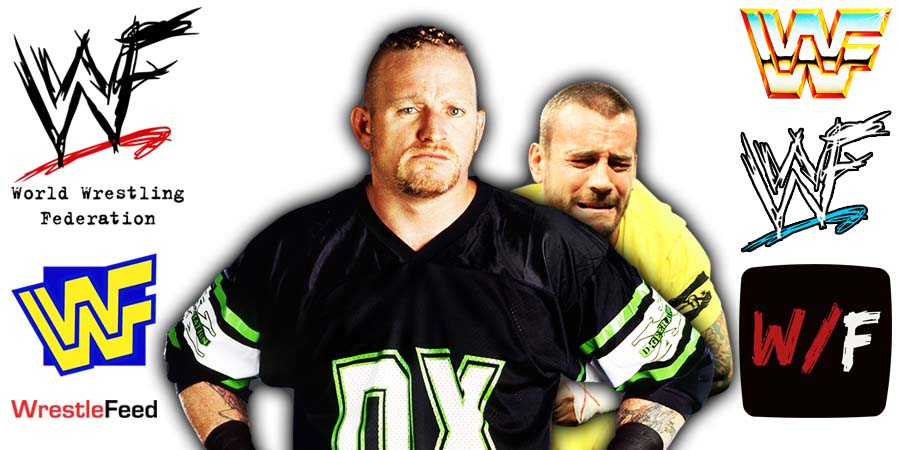 On an episode of his Oh…You Didn’t Know podcast, WWF Legend Road Dogg talked about his issues with CM Punk over a decade ago.

When Punk was the WWE Champion and Road Dogg was a Backstage Producer, both men almost had a fight.

Below is what Road Dogg said about this incident:

“Me and CM Punk almost went to blows when I was a Producer on a live event. We had to get called into Vince’s office at TV and make nice and shake hands.

I never thought Punk was what Punk was. But again, I know he is what he is. I know he’s hugely successful in this industry and over. I give him all the credit in the world. I just didn’t get it.

I see it now. I still don’t get it, but I see it, so I know it’s true. But me and him didn’t see eye to eye early on. He was the Champion at the time. It was about how he was carrying himself as the Champion.

I had a discussion with him that he obviously didn’t like being talked to that way. So the next time I saw him, it was not yelling in my face, but it was, I was yelling in his face.

He was a lot more professional and calm than I was at the time.”

Also Read: AEW Wrestlers Stood Up For Colt Cabana After Rumors Of His Contract Not Being Renewed Due To CM Punk

The Killer Bees vs. Hog Calhoun & Cash Johnson (from 6/3)