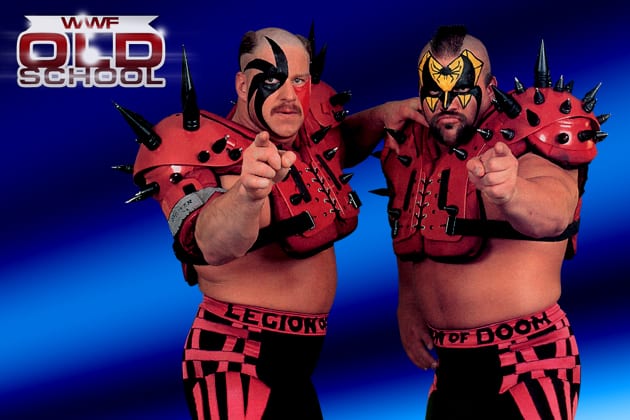 In a recent interview with ABC2News, WWE Hall of Famer Road Warrior Animal promoted his upcoming appearance at a Maryland Championship Wrestling event & gave his views on The Ascension, who have been ripping on legendary tag teams as of late: “I wish The Ascension nothing but the best and hope they are successful. I know they are just doing what they are told, but when they run down teams like the Road Warriors and Demolition before ever accomplishing anything, they will be dead in the water. The fans today are just too smart for that and you can tell by their reaction. You have to look the part. Hawk and I did and we were allowed to be an extension of ourselves. The Ascension is being fed a part by Hollywood writers, not all of whom understand the business. At the same time, imitation is the sincerest form of flattery.”