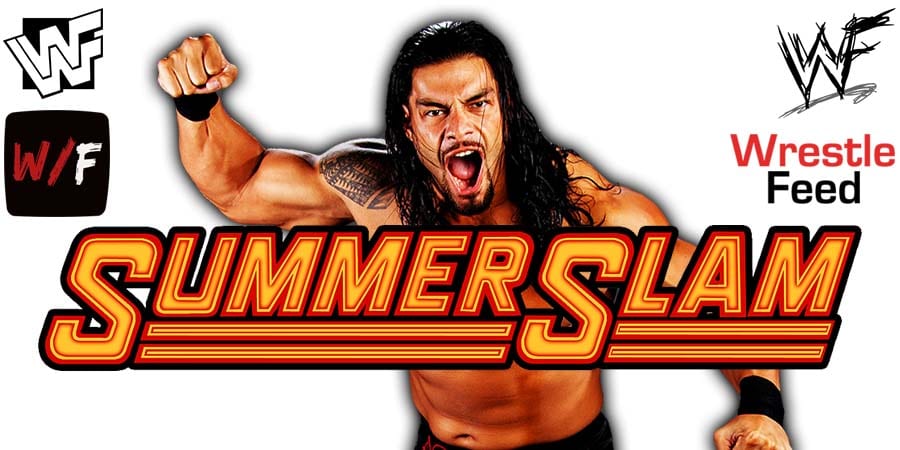 • Roman Reigns Could Be Leaving After SummerSlam 2022

Below is what he said in his promo after defeating Drew McIntyre:

“I’ve been here a couple of times in the past 10 years. I’m starting to work into a new phase in my career, and I honestly don’t know if I’ll be back here again.

If that’s the case, I just wanna say thank you for all these years of support.”

It was then reported that Reigns has signed a new WWE deal, where he would be working fewer House Shows.

While Reigns isn’t leaving the company, he could be going on a hiatus soon.

According to PWInsider, Roman isn’t being advertised for any RAW, SmackDown or Live Event in July & August.

June 24th SmackDown is the last TV taping he is being advertised for. After that, he’s only advertised for Money In The Bank (July 2) and SummerSlam 2022 (July 30) premium live events.

It was broadcasted from the O-Rena in Orlando, Florida and featured matches, interviews & storyline segments on the road to the ‘WWF No Mercy 1999 (UK)’ PPV.