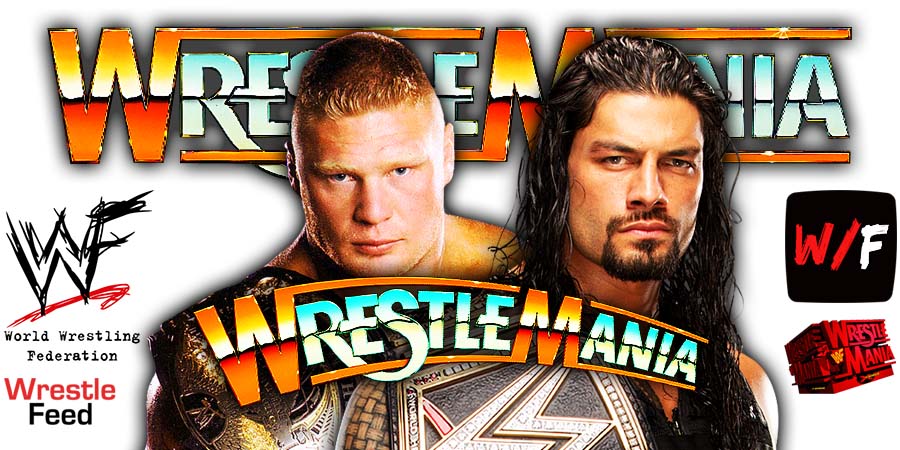 Shinsuke Nakamura and Rick Boogs were coming out, but SmackDown Tag Team Champions The Usos attacked them.

Universal Champion Roman Reigns then came out to a huge reaction. Roman has been the champion for 551 days now.

Paul Heyman hands the mic to Roman and a huge “Roman” chant broke out. Reigns then told Miami to acknowledge him and they did.

Roman said he and Brock Lesnar will defend their Titles at Madison Square Garden tomorrow night, and he’s going to smash whoever steps up to him, just like he’s been doing for a year and a half.

Reigns says a lot of people don’t want Lesnar with the WWE Title, but he wants it and he wants Brock to personally hand him the Title at WrestleMania.

The Tribal Chief then said:

“I’m like Babe Ruth around here. I can take my shots and deliver every time.”

Reigns then talked about what he did at WrestleMania 37 – which was exactly what he predicted.

Roman then gave another spoiler – he’s going to smash Brock, pin Brock and then his $5 million worth of pyro will go off and he will hold both the Titles and Brock will be forced to acknowledge him.

Reigns then snapped and said time and time again that he will acknowledge me.

The Head Of The Table then ended his promo by calming down and saying:

“At WrestleMania, Brock Lesnar will acknowledge me.”

It was pre-taped at the Madison Square Garden in New York City, New York and featured mid-card matches on the road to the ‘WWF WrestleMania 2000’ PPV.