It featured pre-taped matches, interviews & storyline segments on the road to the ‘WWF Royal Rumble 1990’ PPV.

– The Bushwhackers vs. Mike Sharpe/Bob Burroughs

– Brother Love Show: The Ultimate Warrior Is His Guest

– Demolition vs. The Bolsheviks

• Roman Reigns Looking Good In A New Photo With A Fan

“The Big Dog” Roman Reigns is undergoing treatment for leukemia and he was last seen on WWE programming back in October 2018.

A new photo of Reigns posing with a fan has surfaced online and Reigns is looking good healthy in it. You can check it out below: 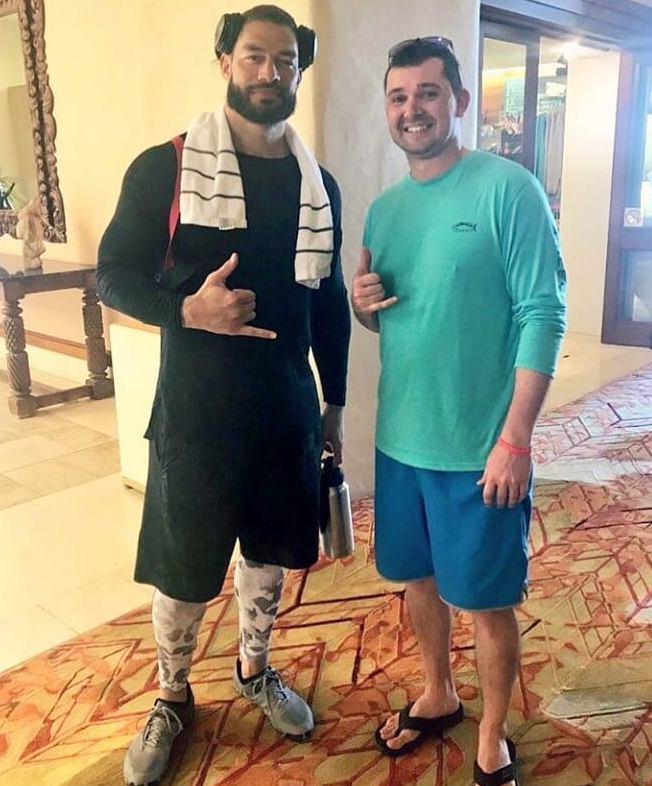 Chris Jericho gave an update on Reigns during a recent interview with Chris Van Vliet and you can read it below:

“He’s doing his treatment, and I think things are going really well. I don’t really know much about leukemia. I don’t know what the endgame is as far as when you’re ‘cured’ – when it goes into remission, when you can do physical matches or travel or whatever it is. But we talk to him quite a bit.

I’ve got a group text with him in it, and I text him on the side quite a bit. He always seems to be doing pretty well and in good spirits…We love him, and I think it’s just a matter of time before he comes back. But more importantly – that he stays healthy for his family, for sure.”

Also Read: Vince McMahon Keen On Having A Roman Reigns Moment At WrestleMania 35 (Spoilers Inside)