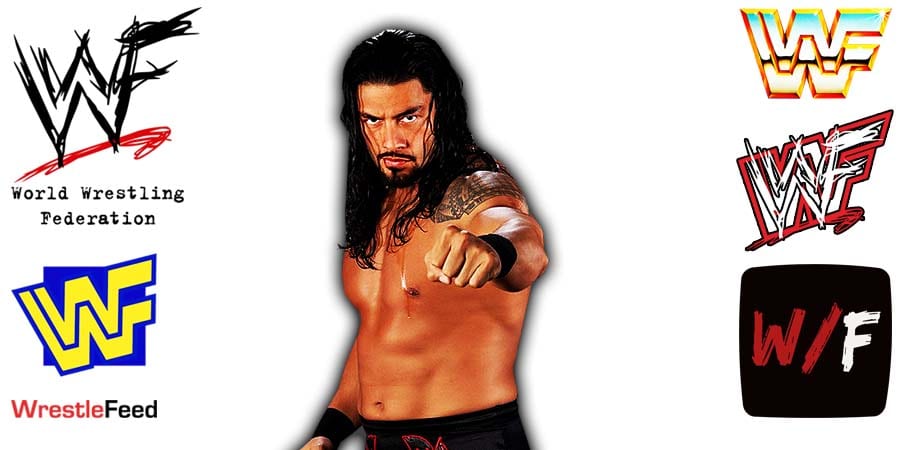 In 2017, Enzo Amore invited “a series of questionable guests” into the WWE locker room, who took photos and videos of the wrestlers.

Enzo got heat for this, and Roman Reigns kicked him out of the locker room.

During an appearance on “Stories with Brisco and Bradshaw”, former WWF/E referee Mike Chioda (who was with WWE at that time) confirmed this story and said the following:

“It happened to Enzo, and I remember John Cena made Enzo dress out there for a while. Roman Reigns did that (not John Cena). Roman Reigns is old school, so many generations of wrestling there.

He made Enzo dress out in the back because of some of the stupid stuff he was doing. I mean, when you disrespect the business, the boys in the locker room or anything else, you’re gonna get heat, that’s for sure.

You’ve just got to be respectful in certain ways, Enzo was a big part of that where Enzo walked around like his sh*t didn’t stink. I love Enzo man, he’s a good dude, Jersey boy as well. He got some heat too, couldn’t dress in the locker room, couldn’t dress here, and that was Roman Reigns taking care of that.

I remember Enzo come walking in TV and I’m like ‘What the hell are you doing, you dressing in here bro?’ And he goes ‘Yeah, do you guys mind’ and I said ‘No, not at all, what’s up?’

Enzo Amore was fired from the WWE in January 2018, after sexual assault allegations were made against him.

This episode was pre-taped at the Laredo Entertainment Center in Laredo, Texas and featured matches, interviews & storyline segments on the road to the ‘WWE Cyber Sunday 2008’ PPV.

4. The Brian Kendick vs. Super Crazy