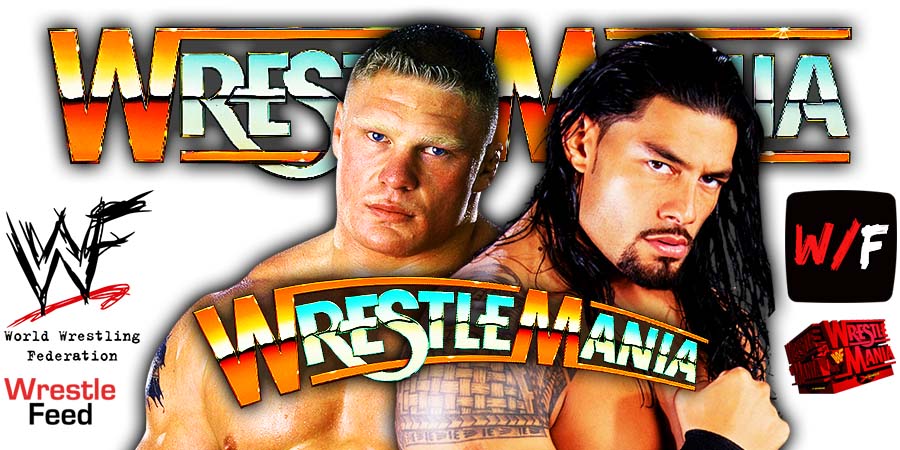 Below are the highlights from his appearance:

– Roman Reigns talked about Triple H’s in-ring retirement. Roman said HHH played a major role in developing him as a top WWE Superstar, starting all the way back to his days in FCW. Roman said inside and outside the ring, The Game is the best.

“Inside and out of the ring he’s the best.”

– About his WrestleMania 38 – Night 2 main event with WWE Champion Brock Lesnar, The Tribal Chief said it’s time to close this chapter and move on.

Roman said he has solidified his status as the greatest champion in WWE of the modern era.

Jimmy thinks Roman is going to have two belts the next time he comes on the show.

“It’s checkmate. It’s time to close this chapter and move on.”

–@WWERomanReigns on what to expect at @WWE #WrestleMania this weekend. #FallonTonight pic.twitter.com/B6jb5D2In7

Also Read: Roman Reigns Reveals Who He Thinks Is The Greatest Of All Time