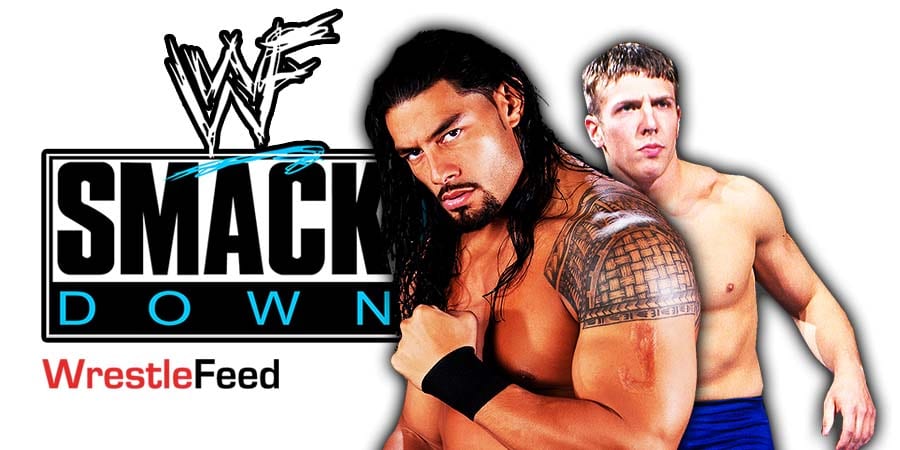 • Roman Reigns Reveals What He Wants On Next Week’s SmackDown

After defeating Daniel Bryan in the main event of SmackDown and ending his career on the blue brand, Universal Champion Roman Reigns posted a video from the gym while doing cardio, where he revealed what he wants on the next episode of SmackDown.

“I’m already putting in the work, just a few hours removed. Last night I achieved greatness once again. As I’m hitting this cardio I’m sitting here thinking, the whole world should be thanking me.

Daniel Bryan, you should be thanking me, bro. For two different reasons – I’m a man of my word, I did what I said I was going to do, and not only did I give the audience what they need, I got rid of you. I’m driving us forward, I’m taking care of the future, getting rid of the old.

I gave you what you wanted. You made it clear you were looking for that new door. What better way to go through the new one when the old one hits you right in the a$$, and that’s what I did, I closed this door on you.

So…we’re going to live this ‘Show Up and Win’ mantra, we’re gonna keep putting work in and next Friday on SmackDown, not only do I expect you to acknowledge me, and no I’m not talking to you Daniel Bryan, we’re done with you. Go have fun, be a dad, save the world, hug a tree, whatever you wanna do.

To the WWE Universe…some of them call you that. To me, you’re mine. You’re my audience, you’re my people. Not only are you gonna acknowledge me on Friday, you’re going to thank me. I’ll see you in a few.”

A message from your Tribal Chief… #Smackdown pic.twitter.com/8kAVMaYo12

This episode was pre-taped at the Mellon Arena in Pittsburgh, Pennsylvania and featured matches, interviews & storyline segments on the road to the ‘WWF Judgment Day 2002’ PPV.