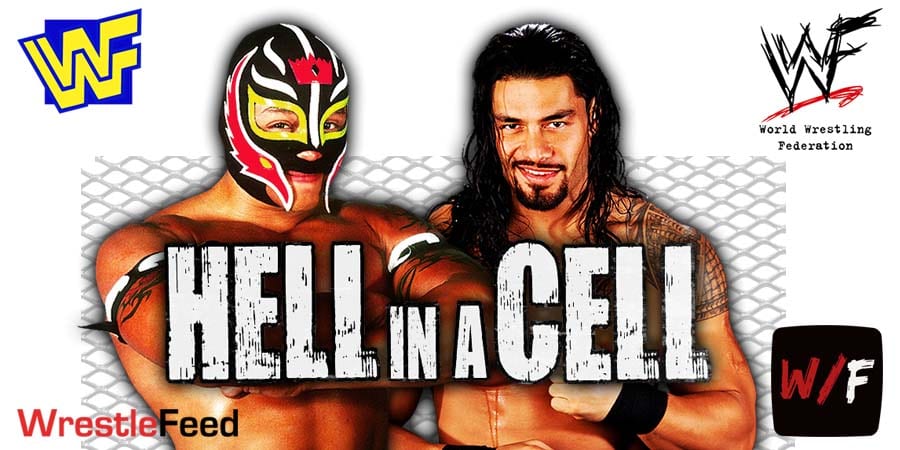 In the main event of this week’s SmackDown, Roman Reigns defeated Rey Mysterio in a Hell in a Cell match to retain the Universal Championship.

After beating him down, Reigns wished Rey “Happy Father’s Day”. Reigns already took out Rey’s son Dominik last week, with a vicious Powerbomb from the ring all the way to the outside floor.

The Tribal Chief sent the following message to Rey Mysterio after SmackDown:

And if you come back to MY ring…

Go home. Stay home.
And if you come back to MY ring…
You’ll acknowledge me. #Smackdown https://t.co/1HLq1kacrx

This episode was pre-taped at the Correstates Spectrum in Philadelphia, Pennsylvania and featured matches & storyline segments on the road to the ‘WCW Bash at the Beach 1998’ PPV.

3. The Giant vs. Disco Inferno