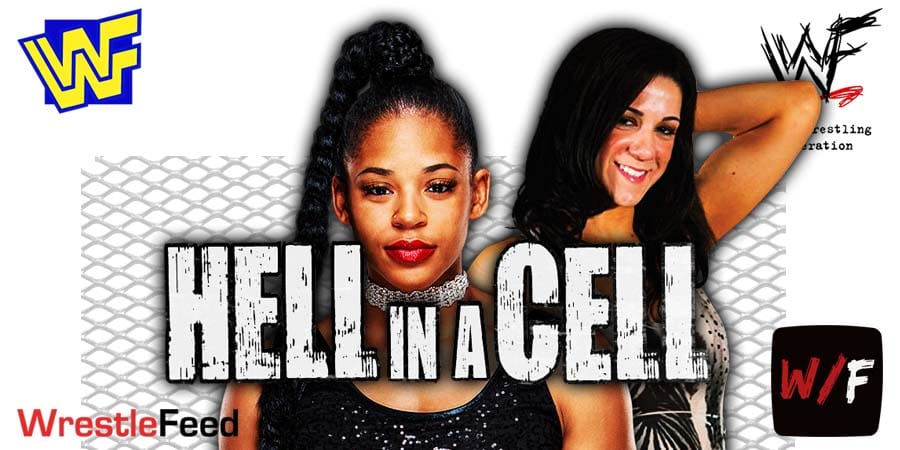 • 2 New Matches Announced For Hell In A Cell 2021, Title Match Will Now Be Inside The Cell

On tonight’s episode of SmackDown, Seth Rollins vs. Cesaro and Kevin Owens vs. Sami Zayn were added to this Sunday’s Hell In A Cell 2021 pay-per-view.

Also, the Bianca Belair vs. Bayley rematch for the SmackDown Women’s Championship will now be contested inside the Hell in a Cell structure.

This change was made since the Roman Reigns vs. Rey Mysterio Hell in a Cell match ended up taking place on tonight’s SmackDown, so WWE needed another Cell match on the PPV card this Sunday.

Below is the final match-card for Hell In A Cell 2021:

– Last Chance Hell in a Cell match for the WWE Championship: Bobby Lashley (c) vs. Drew McIntyre (McIntyre won’t get another shot at Lashley’s WWE Title if he loses)

– Hell in a Cell match for the SmackDown Women’s Championship: Bianca Belair (c) vs. Bayley

Today would have been the 70th birthday of Old School WWF Veteran Salvatore Bellomo.

After touring the U.S., European & Canadian territories, Bellomo joined the World Wrestling Federation in mid-1982, where he was used as a likable lower-mid card babyface guy.

Around the second half of 1984, Vince McMahon started to use Salvatore more as a ‘Jobber To The Stars’ to put over a lot of the talents that were acquired from other territories.

He stayed with ECW till mid-1994 and then continued to wrestle for smaller (independent) promotions all around the world.

Despite being semi-retired for quite a few years, Bellomo’s last match happened as late as in 2018.