• Roman Reigns Was The Most Searched Wrestler On Google In 2021

Not only did he reach the level of John Cena in terms of merch sales, he became the #1 heel merch seller in WWE history.

Apart from this major accomplishment, The Tribal Chief was also the most searched active wrestler on Google.

According to Wrestlenomics, Reigns topped this list in both USA & Worldwide searches.

Former WWE wrestler CM Punk, who made his return to pro-wrestling after 7 years after a controversial exit in 2014, failed to topple the Head Of The Table.

Below is the list of the top searches (which only features active wrestlers, so part-timers and retired wrestlers aren’t included) based on Google Trends: 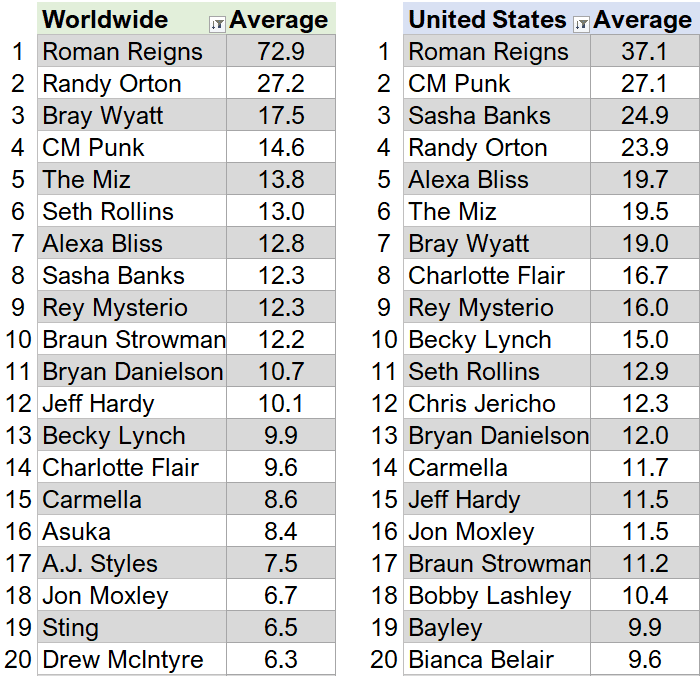 Also Read: Backstage News On Who Roman Reigns Will Feud Against After WrestleMania 38

On this day in Pro Wrestling history on February 14, 1999, the World Wrestling Federation aired ‘WWF In Your House 27: St. Valentine’s Day Massacre’ LIVE on PPV from the The Pyramid in Memphis, Tennessee.

This event featured the World Wrestling Federation debut of former WCW Superstar The Giant, who debuted under his real name Paul Wight, but would later be known as The Big Show.