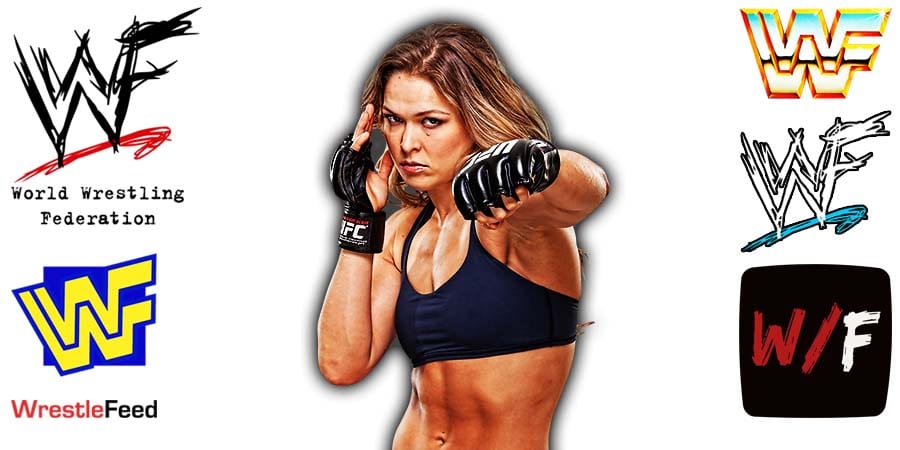 On a recent episode of D-Von Dudley’s podcast ‘Table Talk’, UFC Hall of Famer Ronda Rousey talked about a possible WWE comeback and which female Superstars she looks forward to wrestling when she does come back.

Ronda Rousey was the inaugural UFC Women’s Bantamweight Champion from December 6, 2012 to November 15, 2015, before she first appeared in the WWE at the Royal Rumble 2018 pay-per-view.

Below are the highlights from this podcast interview:

On who she wants to wrestle when she returns: