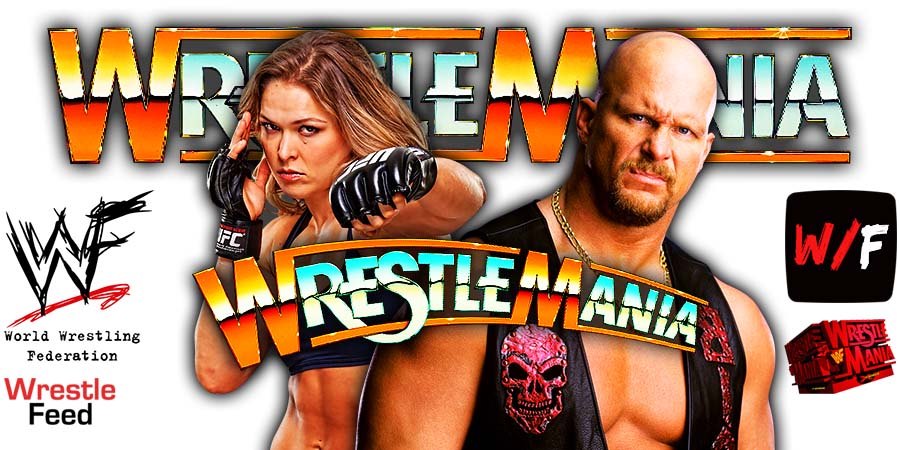 The original plan for Night 1 of WrestleMania 38 was Charlotte Flair vs. Ronda Rousey.

However, when “Stone Cold” Steve Austin agreed to return for a match, Austin vs. Kevin Owens became the new main event of Night 1.

Bryan Alvarez of the Wrestling Observer then reported that Ronda didn’t like this news and walked out before Friday’s Hall Of Fame ceremony:

“She discovered she was no longer scheduled to go on last on Friday, and, in a shocking development, walked out of Friday’s taping before the Hall of Fame ceremony unfolded.

Clearly, cooler heads did indeed prevail. She did the job to Charlotte Flair via ref bump shenanigans in a match Ric Flair has described as the greatest women’s match ever.”

Ronda came across this report and tweeted the following:

“I don’t know where these ‘reports’ come from but it was an absolute honor to perform under Steve Austin at WrestleMania in Texas.

I wasn’t at Hall of Fame because I have a six month old baby I had to put to sleep early. People are literally creating drama out of thin air.”