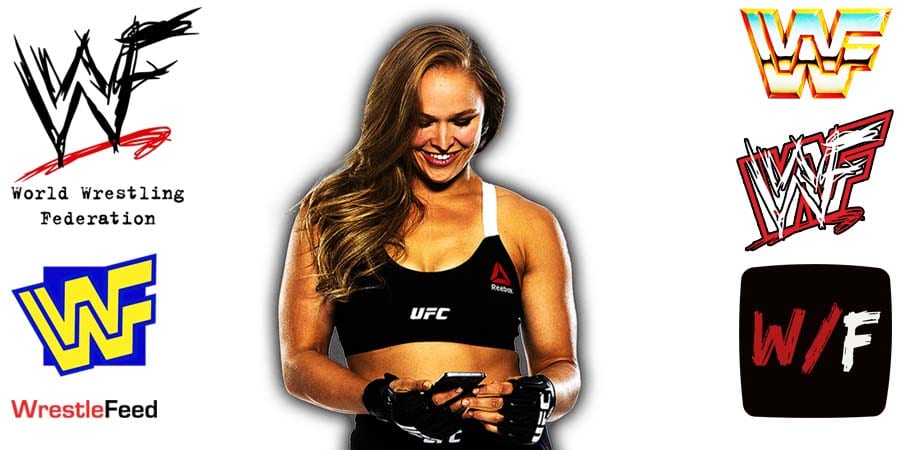 During a new YouTube video from her channel, Women’s Royal Rumble 2022 Winner Ronda Rousey talked about being booed by the fans during her 1st WWE run, returning this year & more.

“Everyone was booing me out of the stadium. I was just like, ‘man, f**k these people, I can’t wait to go home.’ A lot of people forget because they weren’t there and they have short memories of these kinds of things.

When I left WWE, I had been getting booed out of the stadium every day for months. I think one of the most uncomfortable and disingenuous I’ve ever felt was when I had to be a babyface and the crowd was being hostile towards me.

I couldn’t just tell them exactly what I f**king felt. I was stuck between ‘do I stay true to myself until these people f**k themselves or do I, respect Vince, who has done so much for me, and not go against what he wants me to do?’

On returning this year and being defensive from the start:

“I really missed wrestling, I did, and I wanted to come back. I knew I was coming back or I thought I did to the animosity that I left. I came out feeling super defensive from the beginning.

At the Rumble, it wasn’t like that, but I just assumed the reaction was from the surprise. So coming out to RAW and Becky [Lynch] was gonna be there.

This is when they’re going to bring the posters with the most hurtful things they can think of. I came out anticipating that, and everything went fine. Of course, there were like those three or four guys on the floor that were just screaming as I was talking and I really just had to concentrate to block them out.”

On what Vince McMahon told her about her on-screen attitude: