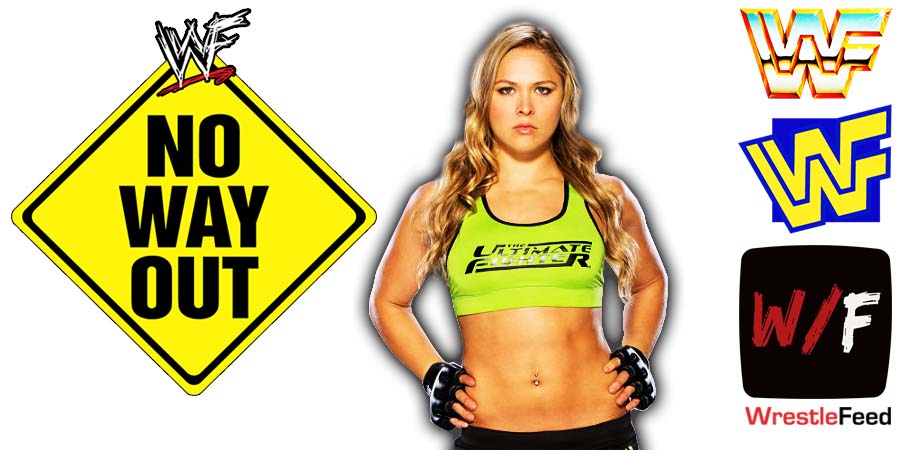 In the opening segment of tonight’s SmackDown, Sonya Deville announced that Ronda Rousey will face consequences for attacking her last week and has a petition to suspend Ronda and wants a $100,000 fine against her.

Adam Pearce came out and read a message from Vince McMahon. Pearce said Sonya has been abusing her power and her petition has been declined. Pearce said if Sonya ignores the warning or lays a hand on Naomi, her job will be in serious jeopardy.

After the match, Naomi attacked Sonya Deville. Charlotte & Sonya overwhelm Naomi, which led to Ronda Rousey making the save.

WWE has announced that Ronda & Naomi will team up to face Charlotte & Sonya at the Elimination Chamber 2022 premium live event in Saudi Arabia.

This is going to be Ronda’s first appearance in Saudi Arabia.

– Elimination Chamber Match To Crown The #1 Contender For The RAW Women’s Championship: Liv Morgan vs. Rhea Ripley vs. Bianca Belair vs. Doudrop vs. Nikki A.S.H. vs. TBA

– Andre The Giant vs. Mr. Fuji